In one of my previous tutorials on Silver Efex Pro I may have given the impression that I wasn’t too impressed with control points, I think I may even have used the phrase “I don’t think the control points work very well in SilverEfex and never use them!” Oh dear, what a muppet. I was, of course, wrong and its not very often you’ll hear me say that according to my wife and I apologise for misleading you. That isn’t to say that they are a panacea but they are pretty damn good. 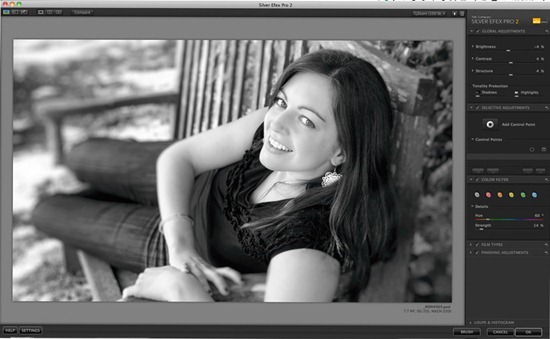 Image 1 shows a pretty much finished image, I’ve done all the necessary in Photoshop and I’ve just about got the image to how I want it in Silver Efex but it needs just a tad more refining. I need to draw the eye to the face more and the best way to do this is through light as the eye is drawn to light areas in an image. We are going to achieve these finishing touches using control points.

Control points are found in the Selective Adjustments panel and are applied via the big button found there. 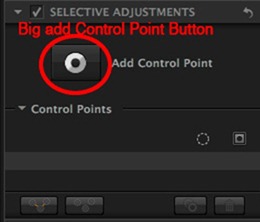 When you click the button your mouse arrow should change to a kind of cross-hairs which you click on the area you want to play with. As with other Nik products the control point selects similar tones/colours (even with a black & white image it uses the underlying colour image as its reference) in a feathered circle radiating from where you click. Image three shows how a control point looks normally while adjusting the size of the “circle of influence” (this circle is only visible when adjusting its size). 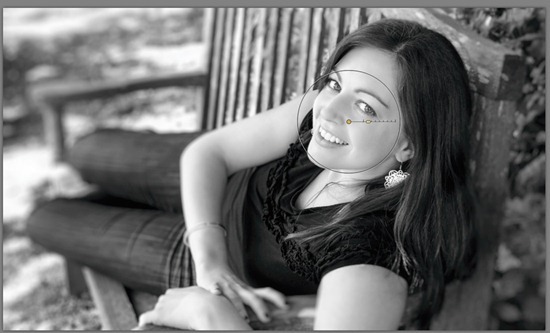 By selecting the check box under the show mask button in the Selective Adjustments panel as shown in image 4 you reveal what is actually being affected by the control point as we see in image 5. 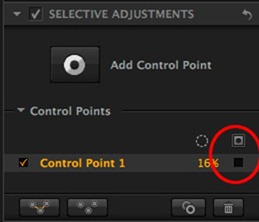 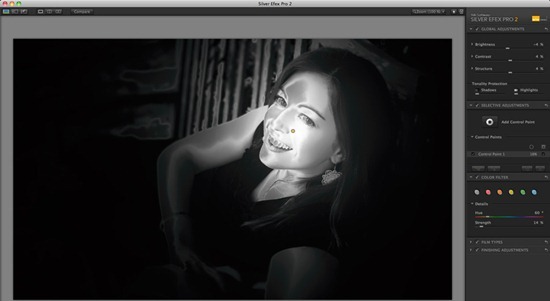 You may have also noticed that I haven’t made any adjustments with these control points yet and I probably won’t as these points are going to anchor the tone of the face while we alter all the other areas they sort of become “anti-control points”.

Now all we need to do is to go around adding control points to darken the surrounding areas, not forgetting that because the control points affect similar tones, not necessarily everything covered by one control will be altered. I’m only using the brightness slider on the control point but there are options for contrast, structure, amplify blacks, amplify whites, fine structure and selective colour. If you can’t see all of the options as in image 7 just toggle the triangle at the bottom of the stalk to extend or collapse the options. 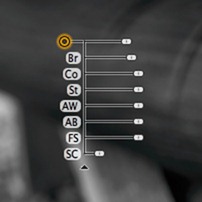 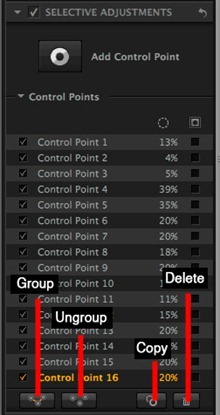 Once I’ve added all the control points that I need to (image 9) I need to add a finishing touches to get the photograph to how I want it to look. 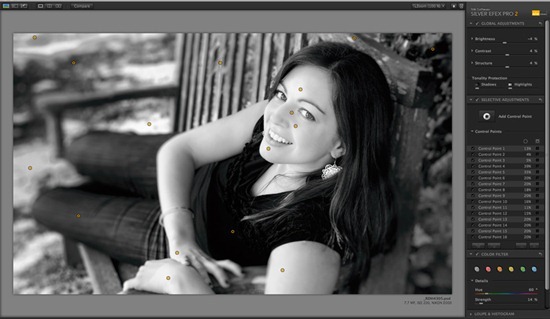 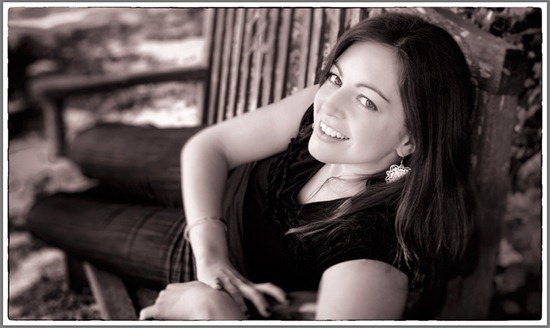