If you’ve been digging through Photoshop’s preferences you might have spotted a checkbox for Overscroll and wondered what it does, lets take a look;

What Does Overscroll Do?

There may be times when you want to move your image around on screen using the Hand tool. It the image is bigger than the work area then no problem, but if it fits you’ll find you can’t move it. 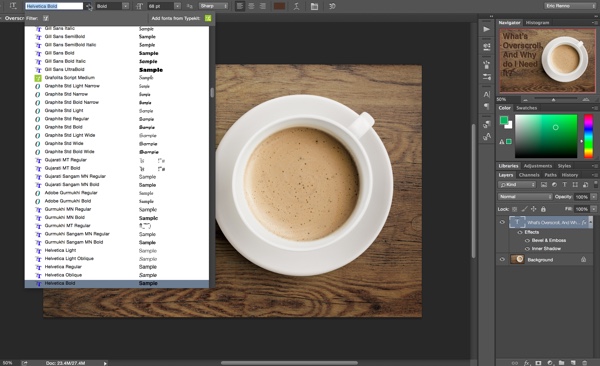 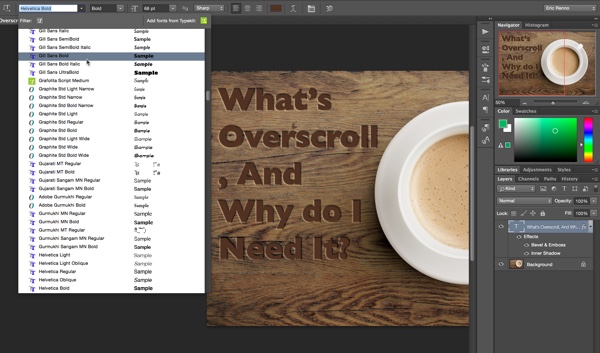 Where To Find Overscroll

If you’re on a PC then you’ll find Preferences under the Edit Menu while Mac users will find it under the Photoshop menu. The quickest way is to press Ctl+K (PC) or Cmd+K (Mac).

However, its the Interface section we’re after. 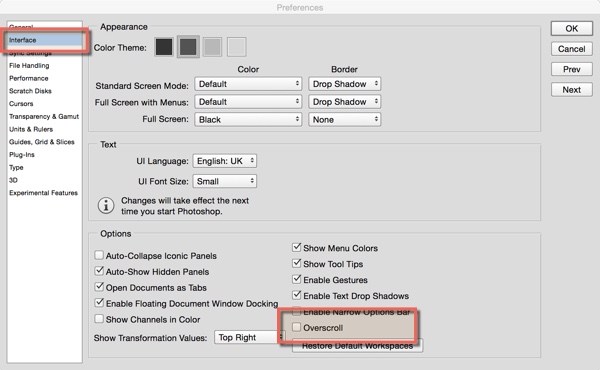 You’ll find the overscroll checkbox here, off by default.

8 Comments on What Is Photoshop’s  Overscroll? And Why You Might Need It