Q: How do I Get Rid of Digital Noise?

A: Have you ever had an image that has bits of color in it that clearly shouldn’t be there? I suppose there are all sorts of reasons they may be there (High ISO, low light…), but all some people care about is that they’re there and they want them to go away! When you see a big splotch of red on a blue shirt, it seems the simple thing to do is to do a Hue / Saturation adjustment, use the dropper to select the red and change the hue and saturation until you have a better match, but the truth is if you do that, the selection won’t be red, it’ll be the same color as the color the splotch is on, or blue. So no go on that. Besides, getting the colors to match, even somewhat, would be a pain, especially if you had a lot of photos taken at the same time, in the same conditions. So, the bad news is you can’t make them just easily go away. You can reduce them, though, and do it pretty fast, too.

Here’s a close up example of a blue shirt with digital noise: 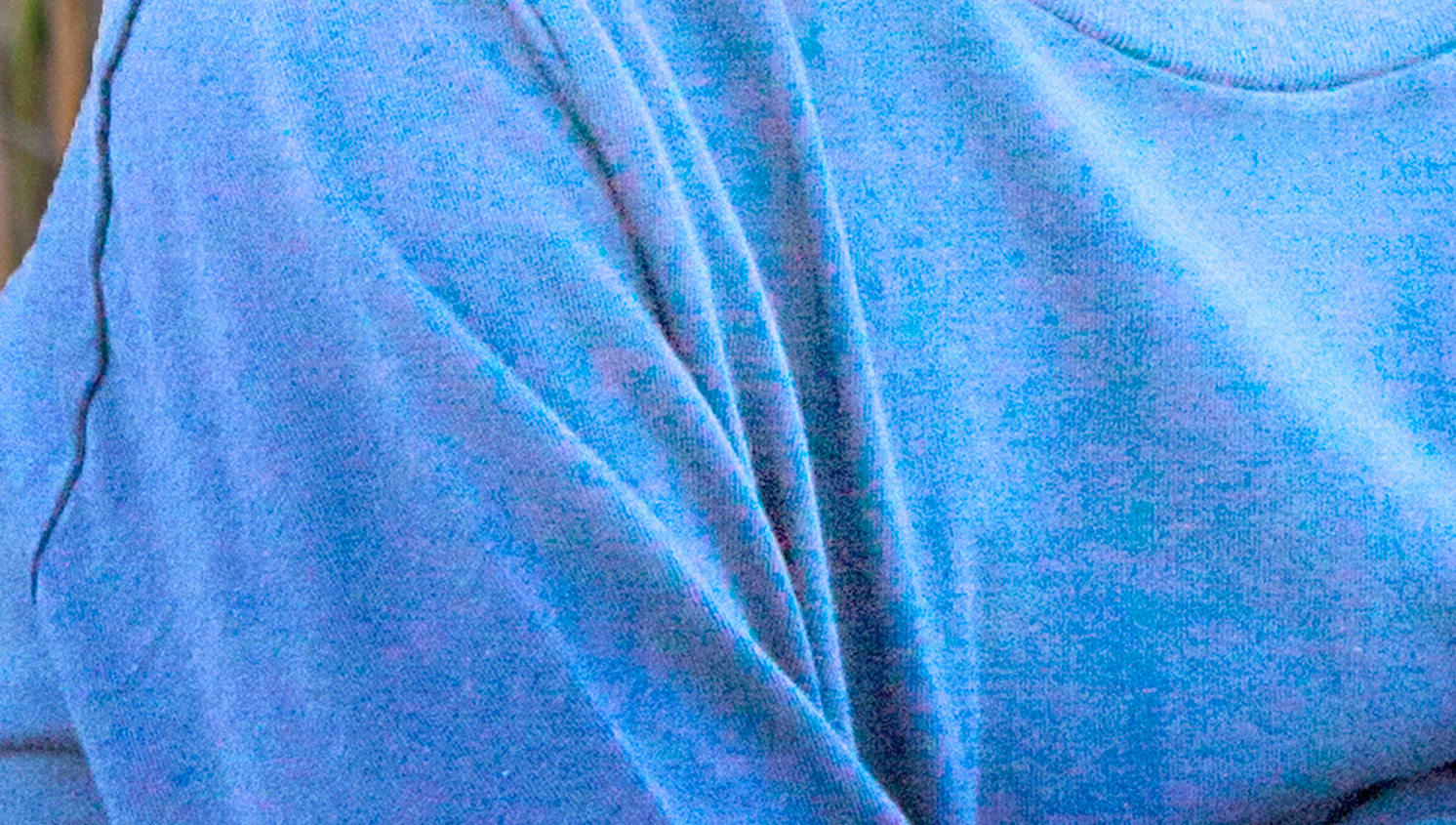 Splotch blast! Now to reduce the splotch: Start by making a duplicate of the background layer. Change the Layer Blend Mode of this duplicate layer to Color. 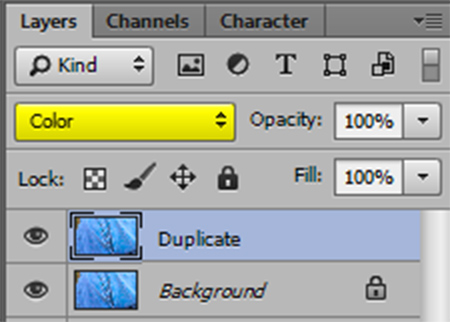 Now go to Filter > Blur > Gaussian Blur; start moving the slider over to the right. Don’t pay attention to the preview window, which will begin to blur, rather watch the image itself, which is not blurring, but the colored noise is seemingly fading away. 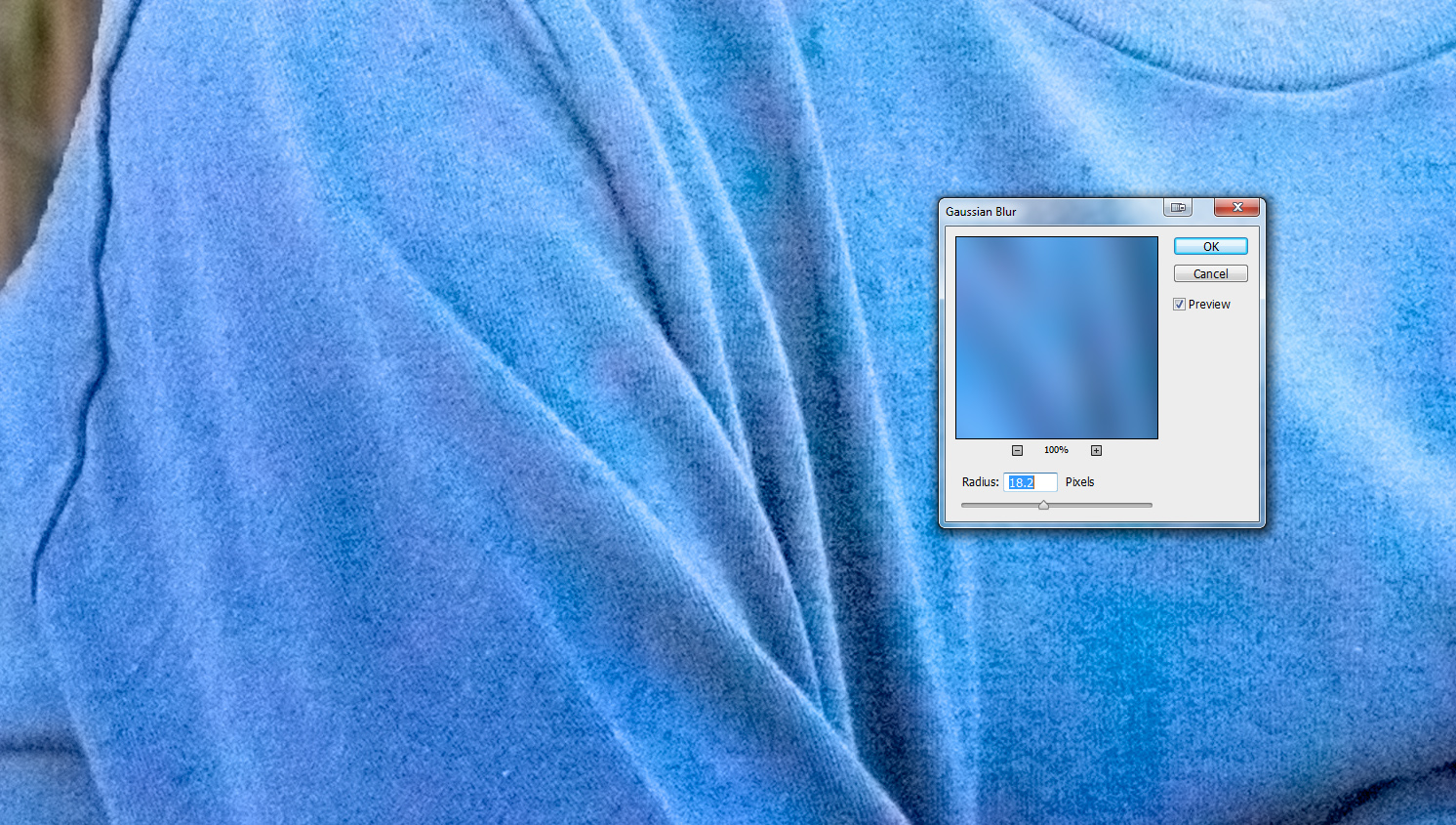 You’ll know you’re going too far when the image starts to desaturate. 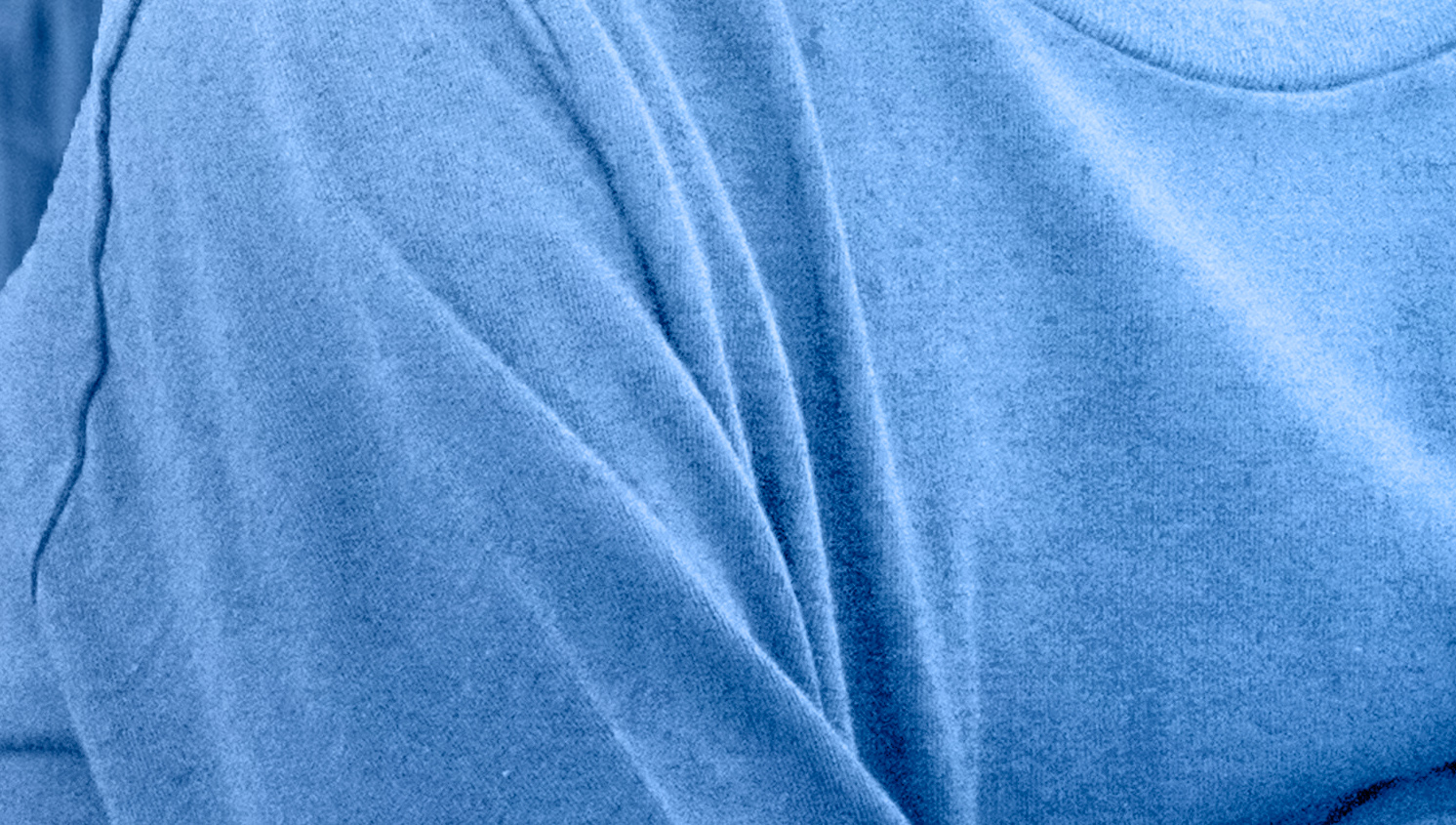 Mask out the areas surrounding the parts where you reduce the noise. There might still be some flaws, but it could be that the remaining flaws are preferable to the splotch!