Using a combination of Blending Modes and opacity I take a regular Adobe Stock image and make it more dramatic. 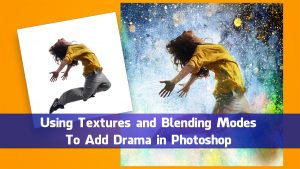 More:  Format Text In Photoshop With Kerning and Tracking