In a recent tutorial here on TipSquirrel, we looked at a technique to Automatically Stack Lightroom Images. In that tutorial, we touched on a powerful tip for setting up stacks in Lightroom, but today we’ll take a step back and look at ways for working with stacks – a very useful organization feature in Lightroom.

Image Stacks in Lightroom are great for organizing photos that are visually similar – to make your catalogs easier to browse. In an image stack, typically the top image is showing, along with a number icon in the upper left corner indicating the number of images in the stack: 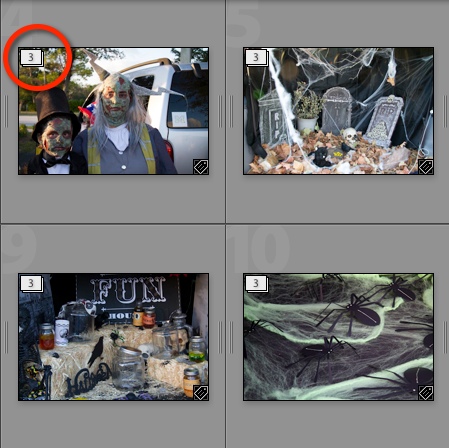 To see the images under the top image in the stack, use the command Photo > Stacking > Expand Stack, or press the S key. Or, simply click the double bar shown on the image frame in the Library’s grid view:

To close the stack, use Photo > Stacking > Collapse Stack, or again press the S key, or click the double bar at the left side of the topmost image in the stack.

It is easy to create image stacks, and in some cases Lightroom will do this automatically. For example, when you create a virtual copy, Lightroom stacks the copy along with the original in a two-image stack. Or, when you export an image or group of images to Photoshop or a third-party plugin, such as Nik’s or On One’s plugins, your edited image will be returned to Lightroom, stacked with the original. In this example, I combined three images with Nik HDR Efex Pro, and the returned image is now the second image in the stack of four images (the new image is stacked below the most selected image, generally the first one):

You can change the order of images in a stack as well. I’d like to have the HDR image, which I’ve further retouched in Photoshop, to be the top of the stack. With the stack expanded, you can simply click on an image thumbnail (it must be the actual image, don’t click on the gray border) and drag it to the position you desire. Notice the vertical black bar that appears, indicating where the image will be positioned in the stack.

And now the HDR image is at the top of the stack:

Collapsing the stack, we can see that the HDR image is visible – exactly as desired: 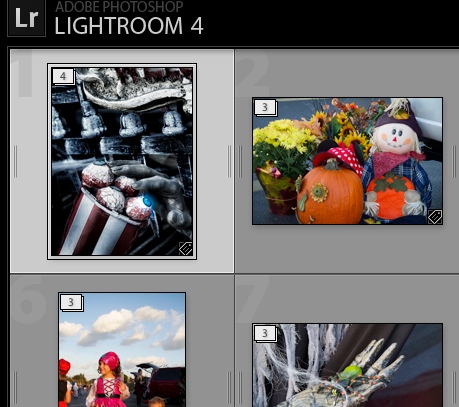 You can use the same technique to drag an image completely out of a stack, or to drag a new image into an existing stack. Just watch for the vertical black bar to indicate where the image will be after you drag it in or out.

When you’ve created stacks, either manually or using the automated method, you may want to show or hide all your photos, without having to expand or collapse each stack by hand. Thankfully, there are another set of commands under the Photo > Stacking menu. Unfortunately, there is no keyboard shortcut for this:

Collapse All Stacks – Will close up all stacks in the folder, showing only the top image of each stack along with the stack quantity badge. This is how I prefer to leave my catalog for later browsing. 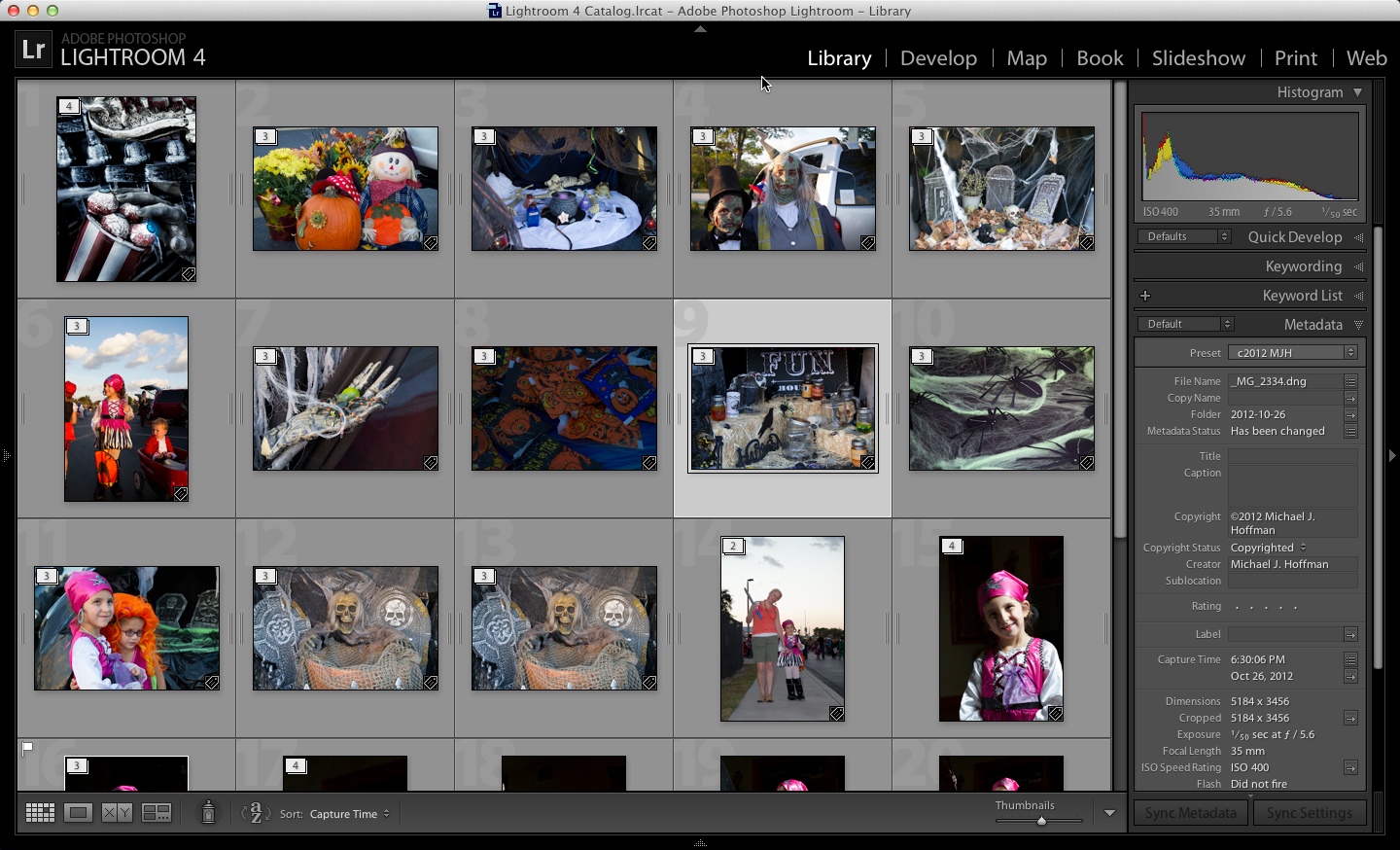 Expand All Stacks – will fully expand each and every stack in the current folder. This is useful for looking through your images if you need to see the backup photos. Sometimes this is easier when you’re processing multiple images. 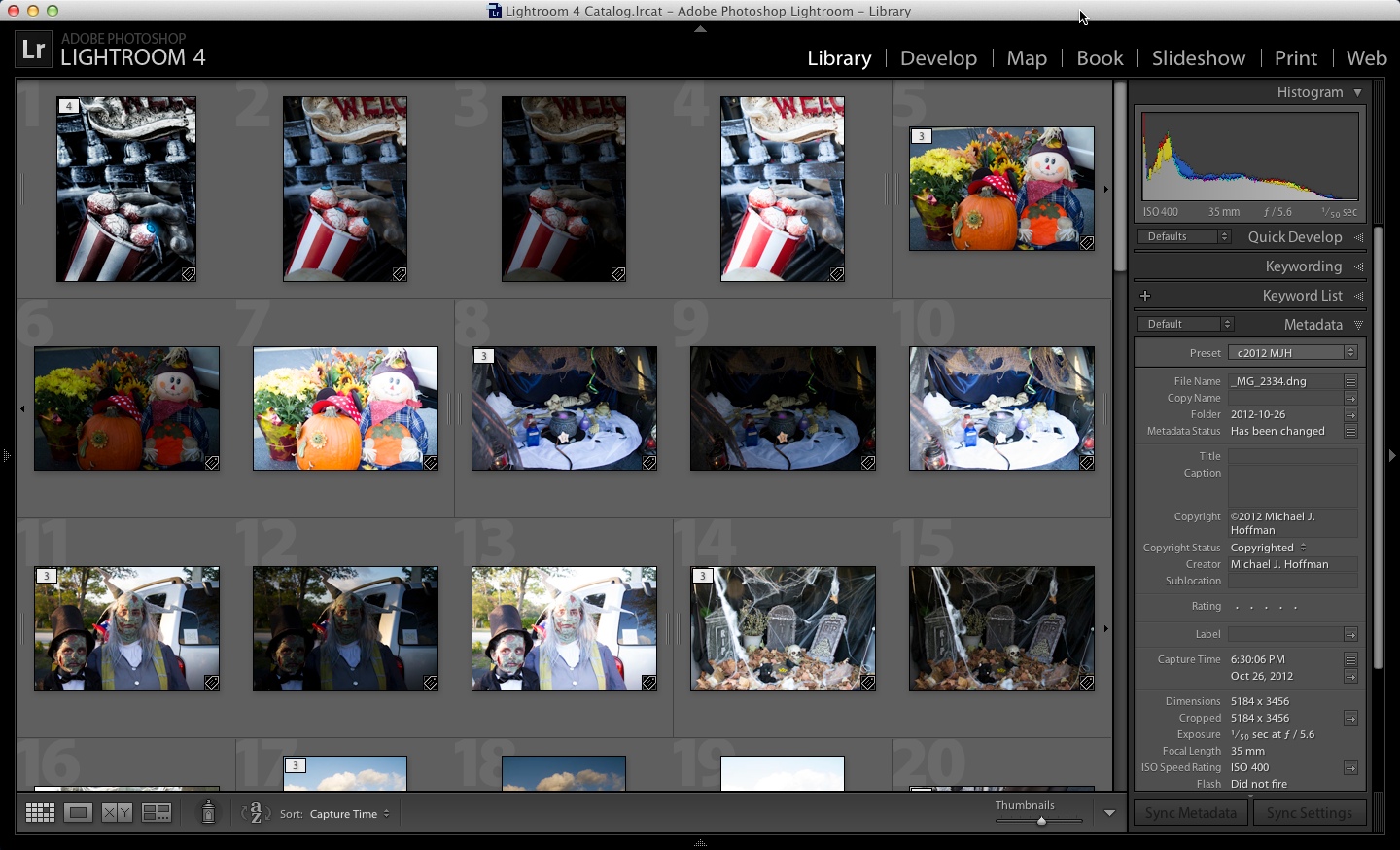 Sometimes, with stacks, you may find an unexpected occurrence. It’s most likely related to a few simple rules to keep in mind when you work with stacks:

Selections – When your images are stacked, selecting an image selects only the topmost image in the stack. If you want to select multiple images, you’ll need to expand the stack (S). This is especially important when rating photos or applying pick flags or color labels.

Folders – Stacks are folder based entities. If you are viewing an image in a collection, you won’t be able to see the stack. If you expected a stack and don’t see it, make sure you’re viewing a folder.

Missing image – One exception to the above is “Previous Import.” When you import a new batch of photos, you view a special type of collection called “Previous Import.” You can stack and rate your images in this view and all seems to work fine. It’s easy to forget that you’re not in a folder view… until you try to edit a file in Photoshop, or in a plugin. When you exit the plugin, your image isn’t showing. Go to the folder view, that’s where you’ll find it.

Incorrect Stack Count – The “Previous Import” view can also result in a case where you have a stack with a given number of images, but the actual images showing don’t match the badge. For example, here’s a stack of four images judging from the badge on the thumbnail, but only three images are visible. 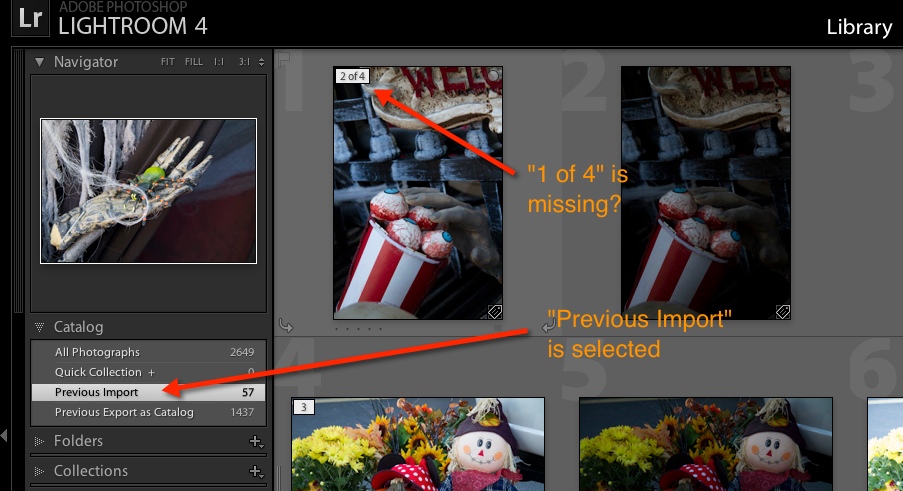 The fourth is an HDR merged image that isn’t visible until we switch from Previous Import to the actual folder. 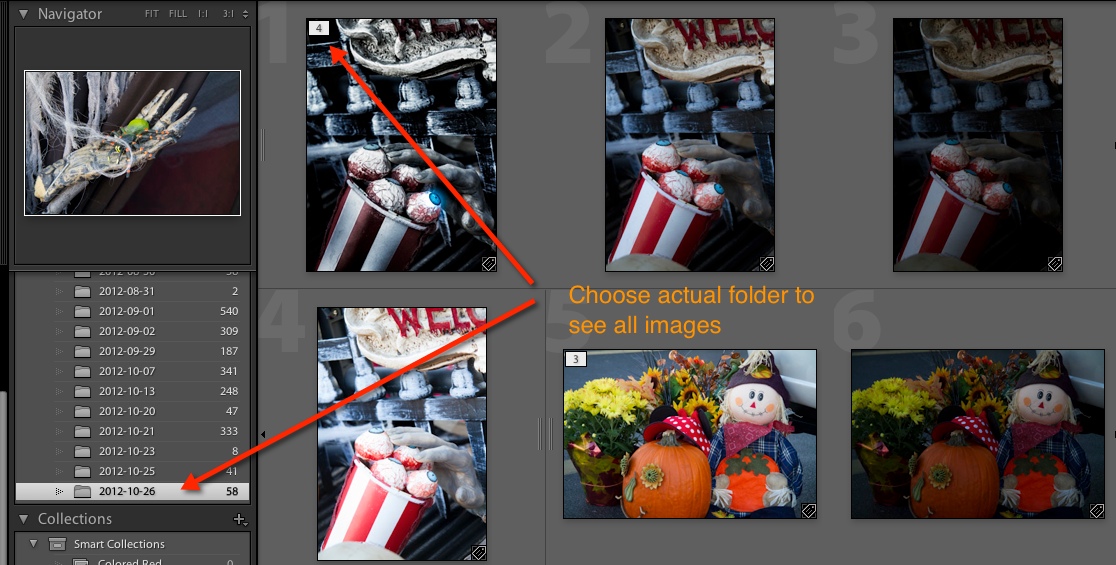 3 Comments on Working with Image Stacks in Lightroom