Today (February 19th 2015) sees the 25th anniversary of Photoshop so I took the opportunity to look back at some of the changes, and remember what got me excited with new editions.

I came into Photoshop at Photoshop 4, it was actually a friend’s old copy that they gave to me when I became ill. Housebound and with a background of video editing they thought I might like to make use of the time by learning some new software. I guess they were right!

Of course, I had nothing to compare it to at this point. . Luckily for me this was the time that Adobe bought a standard look to all their products, having used Macromedia Premiere it wasn’t as daunting as it could’ve been. 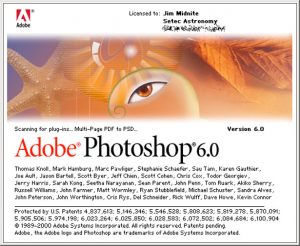 Custom shapes and vector drawing were introduced in Photoshop 6, this was a steep learning curve. My brain was geared to pixels on a screen and now I was being presented with smooth lines and curves!

Looking back it seems weird that it was at this time (2000) that the Layer Styles panel was introduced, I can’t remember a time where I didn’t rely on it, how did we cope? 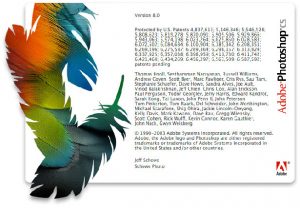 Photoshop 7  had a whole swathe of changes  that I coveted from afar!  Workspaces, vector based text and the awesome Healing Brush and Patch tools. I did get to use these new features on other’s computers, but not my own. So you can imagine my delight when I got my hands on Photoshop CS!

Although this update didn’t have the major updates of previous additions the venture into a Creative Suite was very exciting. I was again using Premiere, an Adobe product by this time, and the integration of Photoshop with it was amazing! 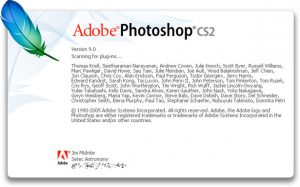 the Smudge Tool were added. What made this edition stand out for me were two key additions. Firstly Vanishing Point, this was like magic, Photoshop was aware if something made 3D sense and allowed people like me with a 2D brain to work in 3D with little headache or nosebleeds.

The other major feature that arrived here was Smart Objects, like so many other users I ignored them. Even now, 10 years on I still have to convince users of their benefits. Back in 2005 though their ‘power’ was limited and I don’t beat myself up too much that I was late to the party, I’m dancing on the metaphorical table doing tequila shots now. 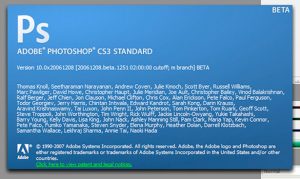 Photoshop Extended offered some scientific shenanigans and, oh my good gracious, Video! It was about this time I knew I needed two things, to update my Photoshop every time a new version was released, and a much more powerful computer!

Then there was the birth of a new tool, a tool that I would be lost without now, the Quick Selection Tool. Photoshop had always been good at finding edges for some never to be used filters, but here it was using its power for good! Selections started to become SO much easier, I could have wept. 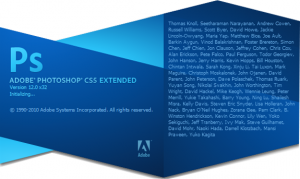 Although released in 2010 it wasn’t for another year I got my hands on this beauty. TipSquirrel had started and I was given the chance to try out the latest version (Thanks Ali & Emma!).

The major addition for me was Content Aware Fill, when I first saw it demonstrated I thought it was a ruse! To this day its still a ‘wow’ when demonstrated at camera clubs.

Some 3D had been introduced in CS4 but as you may have guessed from the above, it wasn’t my cup of tea, what had caught my eye, and something I was eager to try out was the Auto Aligning and Blending. I’d seen a video by Bert Monroy and I wanted to try it out. With CS5 this had been improved further and I remember shooting multiple images of everything just so i could stitch them together!

HDR had just caught the world’s imagination and Photoshop upped its game at this point, we all still turned to third party software though. 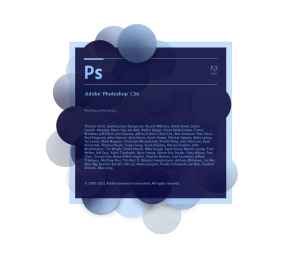 Do you remember where you were when you heard that Photoshop would Auto Save, how we laughed, cried and hugged! Odd that it took that long to be a feature, but how quickly we took it for granted.

Then there were some other bits, Content Aware Move, Blur Gallery, Preset migration and the change to the Crop tool. When I first tried the Crop Tool I didn’t believe it would catch on, that after a trial I’d go back to the old way. Wrong, the more I used it the more antiquated the old tool seemed, now I include it in my Hidden Gems talk. 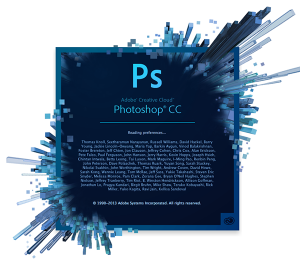 And so here we are at CC and CC2014. In my mind they run together, but I guess that’s the idea? What an incredible update this was! Yep it caused a bit of a backlash but i think people are seeing the benefits of The Creative Cloud now. Its difficult for me to choose a feature or two I love in this update, Camera Shake Reduction, Perspective Warp, Smart Guides, the new Smart Sharpen, Extract Assets.. I could go on. 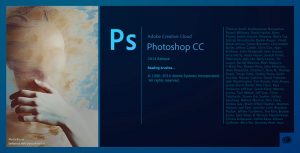 What I love about CC2014 above all else is the integration I have with all the other apps, not just on the desktop but on my phone and tablet. This is SO exciting! I guess its my generation. I come from a pre internet, pre mobile phone age. There’s a song by Brad Paisley (Welcome to the Future) that mentions having to go to the arcade to play PacMan and now he has it on his phone. About sums up how I feel about Photoshop and Lightroom, among others!

Welcome to the Future!