Anyone that knows me knows I never lost that trait found mostly in children around the two year mark, known as the “Why gene”. I don’t want to just know that something works; I want to know why it works! I sometimes just don’t get things at all, until I find out the “why” of it, then suddenly the clouds separate, the sun shines through and all is made clear! Except this time…

I want to share something with you, a wonderful plug-in that’s been around for a long time, but I never used it before. *Why* you ask? Because it’s based on some mathematical type operation that well,  just scares me! *Why* you ask? Because when I’m asking *why* and trying to learn how this thing works, I see things like this:

Then my eyes glaze over and I start hearing the voice of Charlie Brown’s teacher in my head.

However, while going a-Googling this past week, I was reminded of this plug-in and decided to give it a try. The plug-in I refer to is called Fast Fourier Transform (FFT), and if you ever need to restore photos with textures or patterns like halftone or paper grain, it will make the work a little easier. I’ll tell you upfront, it isn’t going to completely and perfectly erase all texture from your photo, and it won’t even work at all on some photos with texture, but it will lessen the texture without losing the detail; something the old way of using surface blur, for instance, then trying to get some detail back with sharpening didn’t manage very well!

This plugin, written by Alex V. Chirokov, tones down any kind of regular pattern in a photo, again, I’ve not seen where it actually eliminated them, but maybe I just didn’t test the right ones. I don’t know why it works, but this is how it kind of seems to me: If you’re looking at a digital image of a photo with a heavy paper texture, the texture looks almost 3D because the light from the scanner shown in the little hollows, almost giving the texture an embossed look. Being the simplistic creature I am, It almost appears as if FFT does something to ‘flatten’ the embossed effect. Either that or it releases little elves into Photoshop that erase the texture.

Let me pause here and address those of you who are (inevitably) saying “What’s wrong with paper texture? I like paper texture!” So do I! I love a nice water color paper effect same as the next guy (Halftone and some other types of texture, not so much, but I’m trying to stay on point, here…), but whether it’s pretty or not, whether I like it or not, isn’t the point, here. The point is that restoring a photo which heavy texture is as hard as Chinese arithmetic! On the plus side, recall what I said earlier: FFT isn’t going to completely eliminate the texture from the photo! In most cases, it will still look textured; it’ll just look less textured!

Back to the plugin: I first downloaded it about four years ago. It didn’t work at all on the photo I was using it on, so I moved on and forgot about it. I initially found it on a Forensic site that had plug-ins for Photoshop. They used this particular plugin to clean up a fingerprint, which is very cool, but the instructions were just a little less than clear. That may have been why the plugin didn’t work, you say? Operator error, perhaps? Skeptic. I found a tutorial on a retouching forum that made the “how” of it fairly simple, so I think I did it right, it just didn’t work. Then, lo and behold, this last week I found an updated version (updated, in this case being 2008), downloaded it and it worked! The older version, it turns out, didn’t work well on larger photos, like the one I was working on. There’s another major difference in the two versions; in the older one, you worked in the red channel. In the newer version, you work in the green channel. Since I still have the older version, I tested three photos with different types of texture in each filter; there’s no distinguishable difference in the results between the old and new version, that I can see, so I can’t tell you why the changes in channels. The elves were bored, maybe? Just to be safe, though, I’m providing you with the latest version of the plugin!

To install the plug-in, download the zip folder and unpack it into your Photoshop Plug-ins folder. Easy, huh? One thing, though. This plug-in only works in 32-bit versions and more than likely will only ever work in 32-bit. So make sure, if you’re on a machine that runs both 32 and 64 bit, you put it in the proper version folder. In Windows, it’s C: > Program Files (x86) > Adobe > Adobe Photoshop version > Plug-ins. When you start Photoshop again, the plug-in will show up in the Filter menu under Fourier Transform. 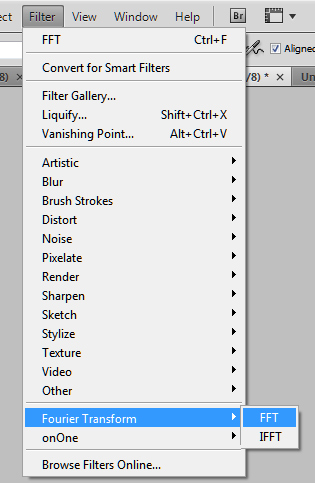 The basics of the plug-in are: 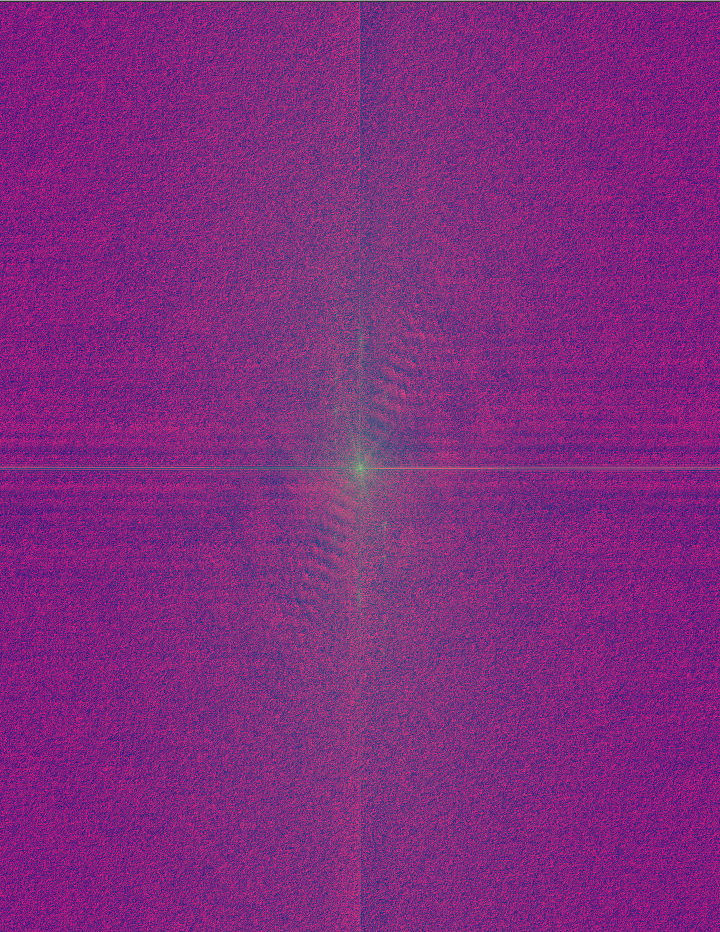 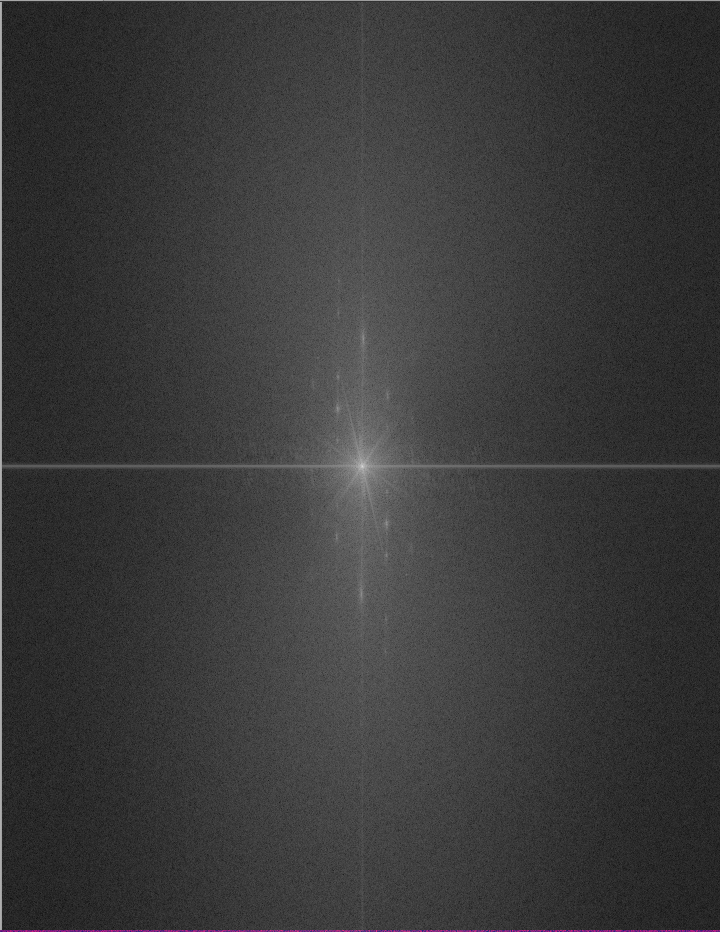 The texture in different photos will have a different regular pattern, therefore the “stars” and lines will be different. But no matter the pattern, the concept is the same. With the Brush tool selected and black as your foreground color, black out the stars: 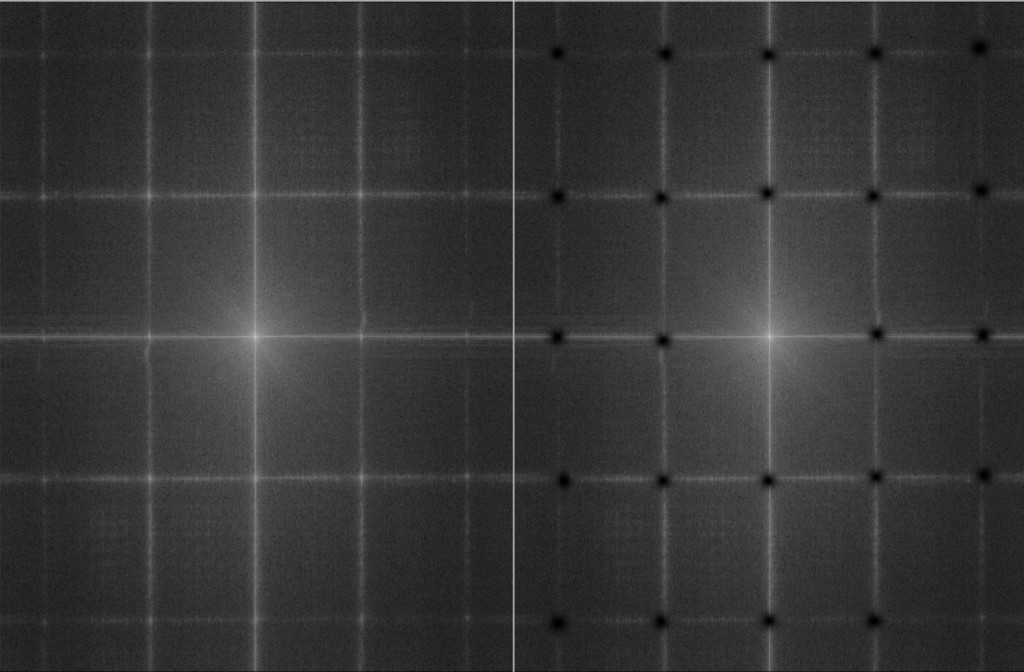 Or gray out the stars: 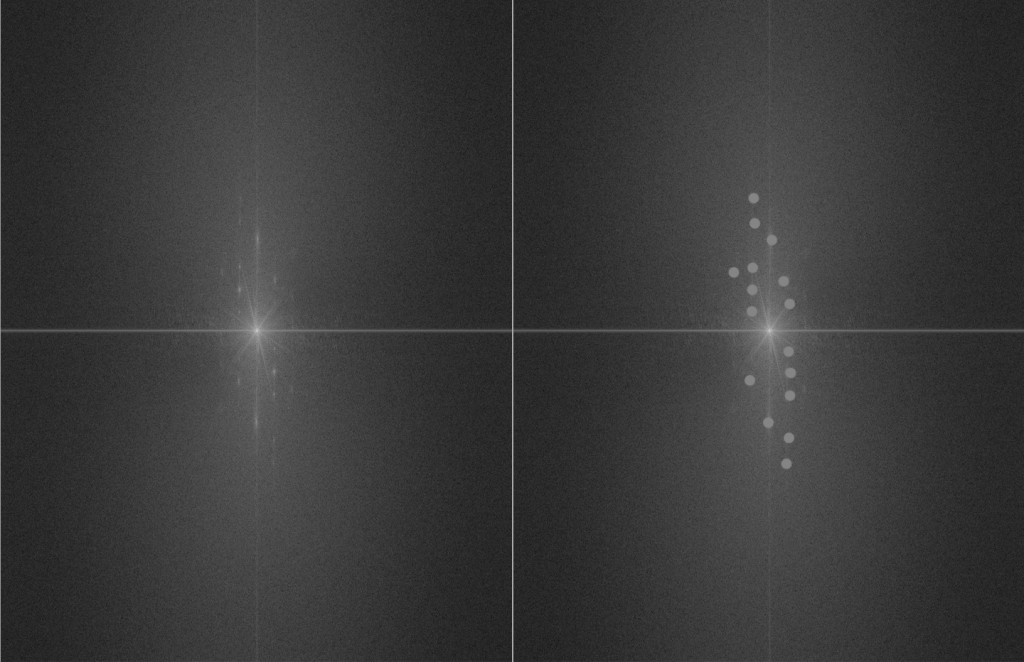 Or clone out the stars…and the lines!

Or any combination, thereof; the important thing is to leave the center star-burst intact! 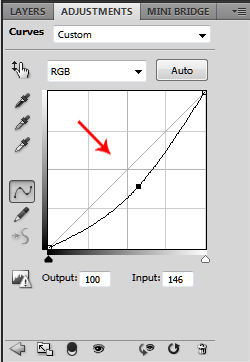 Here are close-ups of the three samples I ran the filter on (please look at the full size image so you can really see the difference!):

This photo has a square texture:

This one has a lovely moiré-halftone pattern:

Before, a fairly heavy paper texture and after the complete restoration:

I still don’t understand it, but I’m leaning towards the elves.

8 Comments on Use FFT To Reduce Texture