With Photoshop, sometimes things don’t always go as planned. If they did, you’d never learn anything! But today, we’ll look at a common problem that has a simple, but obscure solution. It all has to do with layer effects, and how they respond to layer masks.

For example, a fairly common visual effect that you see in many compositions is a soft reflection, rendered upside down with a gradual transparent fade. We can duplicate such an effect quickly and easily to demonstrate. Start with a text layer on a contrasting background: 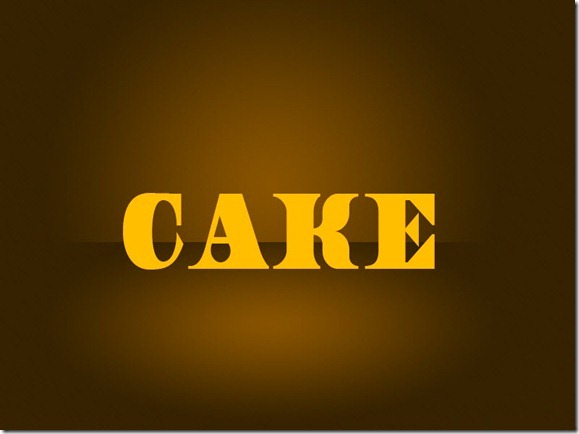 We can duplicate the text layer by selecting it and typing Ctrl-J on a PC, Cmd-J on a Mac. Then, use Edit > Transform > Flip Vertical and, with the move tool, drag the inverted text down to where the reflection would be: 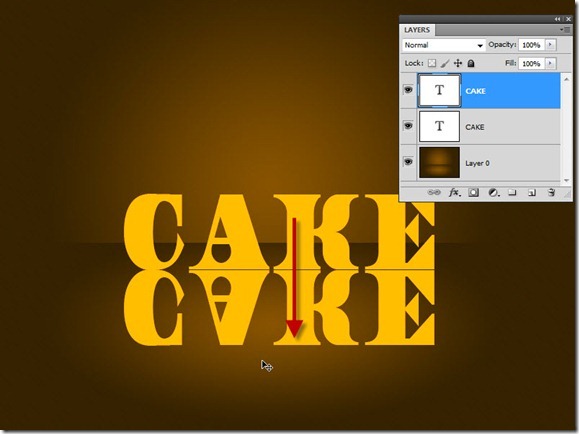 Next, we add a layer mask (use Layer > Layer Mask > Reveal All) and then, using a default white to black gradient, drag across the lower type layer to fade the visibility of the layer: 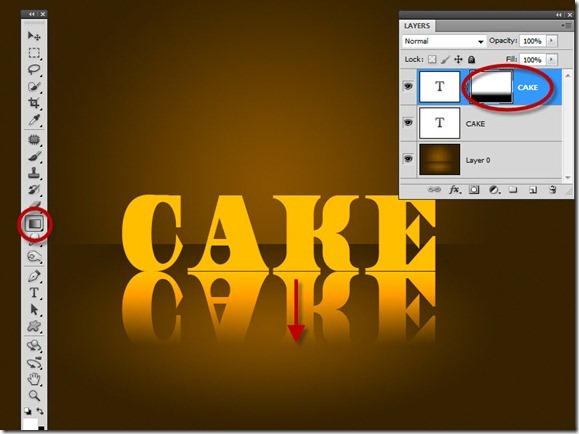 Finally, we reduce the opacity of the inverted text layer to complete the effect: 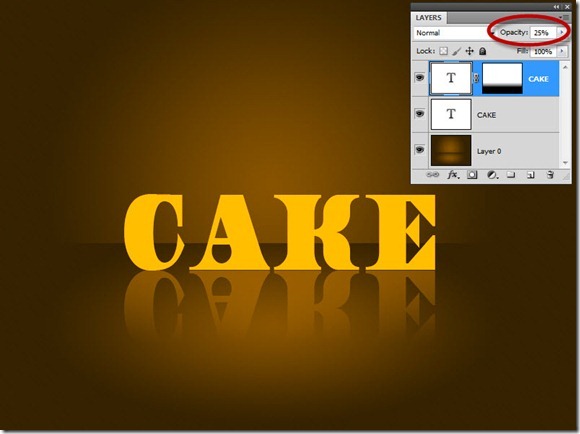 Simple enough, right? But, what happens if the inverted layer that we have so carefully masked includes layer effects? We have a potential for a disastrous experience! For example, let’s look at this file, in which we have a similar setup, but we have text with a whole bunch of layer effects included. We’d obviously want the entire appearance of the text to be reflected: 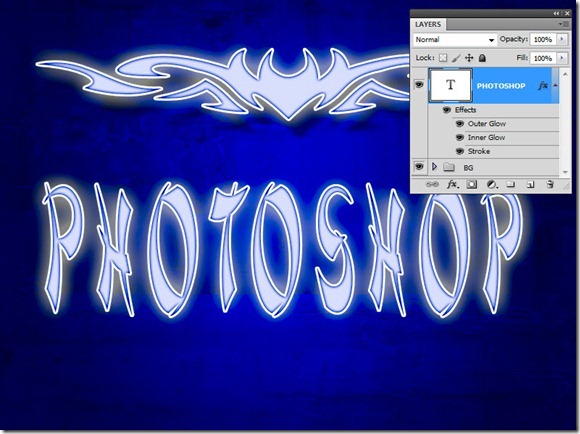 The text in this document includes an outer glow, an inner glow, and a stroke. Let’s follow the process above and create our duplicate inverted layer: 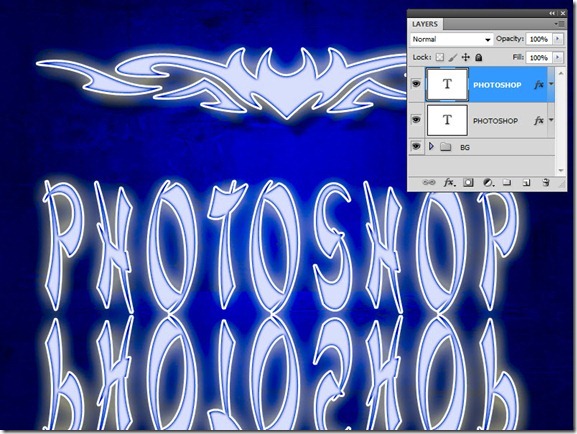 Now, this time, when we add the layer mask and draw our gradient, we get some strange results: 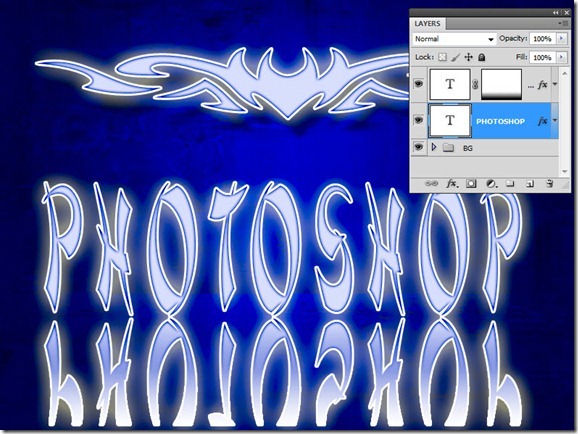 What’s this? Although we drew the gradient properly, the effect isn’t at all what we desired. The light blue base color of the text does fade away, but instead of fading to transparency, it fades to… a garish mess. And, the fade abruptly ends near the bottom… this just isn’t right.

So, what is causing this and why is it happening?

What we would really like is for the layer mask to operate on the layer effects in the same way it operates on the layer: by fading the effect opacity based on the mask. And, fortunately, there is an easy way to do this – but you have to know where to look. Start out by selecting the inverted text layer, then double click in the black area between the thumbnail and the “fx” icon. You must click in the blank area. This brings up the layer blend options, which is actually the same dialog box we use for layer effects: 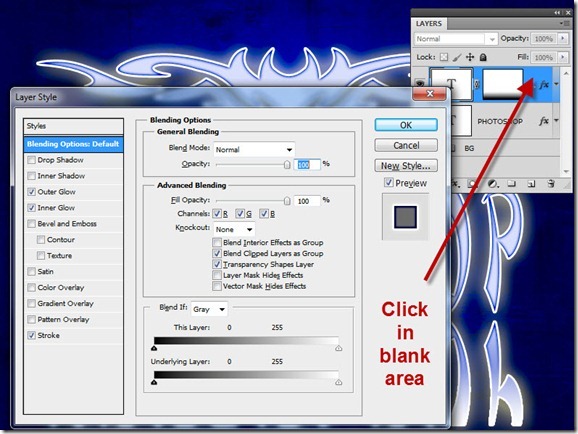 Now, in the Blending Options dialog box, under Advanced Blending, find and select the option for Layer Mask Hides Effects: 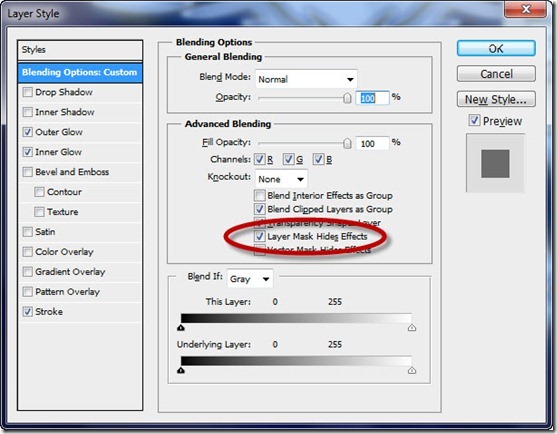 And, voila! Our problem is solved. We can lower the opacity as in the first example, and we’ve completed our effect: 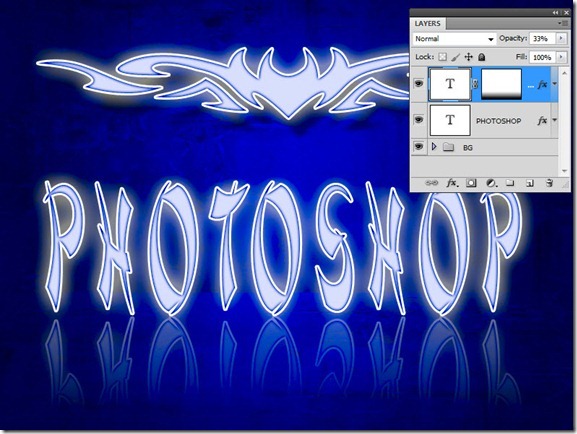 Often, the most aggravating problems within Photoshop can have very simple solutions – if you know where to look. The challenge is knowing where! If you’re stuck with a seemingly unsolvable problem (and we all have been there, on occasion), drop a comment here and the TipSquirrel team will be glad to take a crack at it. Because we’re Nuts about Photoshop!