For this month’s tutorial I thought I’d share a technique with you that I used recently on an image that I made during one of my Character Portrait Workshops. (New course date just released for January)

To give you an idea of what my tutorial is about, here’s the picture of my good friend and NAPP UK Evangelist Dave Clayton who stood in as a model for me. Now Dave isn’t, has never been and never will be a smoker but for this shoot I was kind of working on the theme of him looking like a newspaper editor and if Peter Parker’s Boss in Spiderman smokes a cigar, then I guess they all do…right? 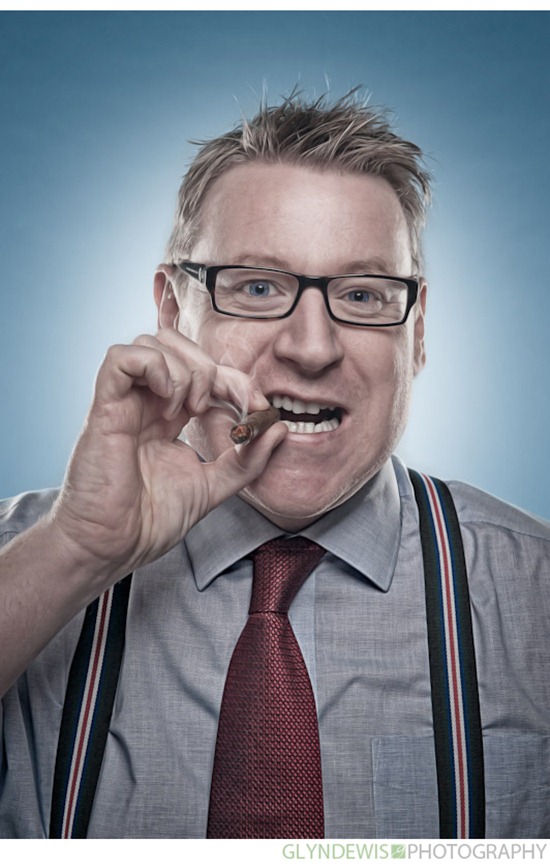 I’m going to be really creative here and call this technique Lighting an unlit Cigar as it’s all about making a cigar or cigarette look as if it’s alight when at the time the photograph was taken, it wasn’t.

So, looking at the images below here’s how we can take the cigar from being unlit to lit using a technique in Photoshop that’s not only easy but incredibly fast; here’s what we have to do… 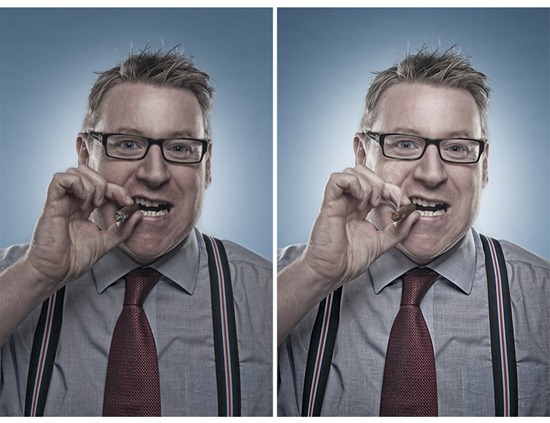 STEP 1: Make a Selection of the end of the cigar and copy this to a new layer using the keyboard shortcut CMD/CTRL + J or by going to the LAYER MENU…NEW…LAYER VIA COPY. I used the Eliptical Marquee Tool, but any selection method you use will work fine. 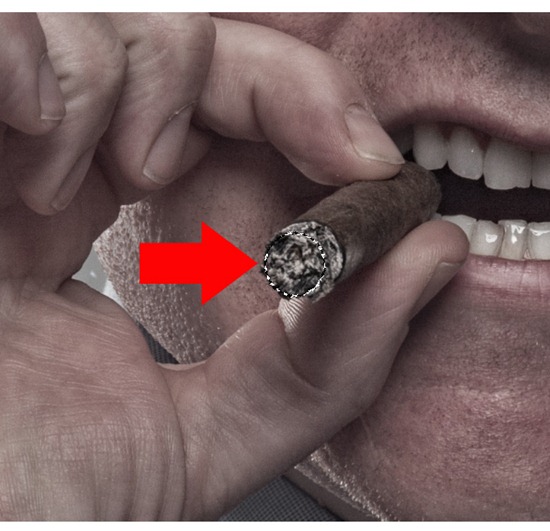 Now that we have the end of the cigar copied onto it’s own layer we’re going to apply a few Layer Styles. So, to do this we need to first of all get to where the Layer Styles are and we do that by double clicking on this Layer in the Layer Panel. 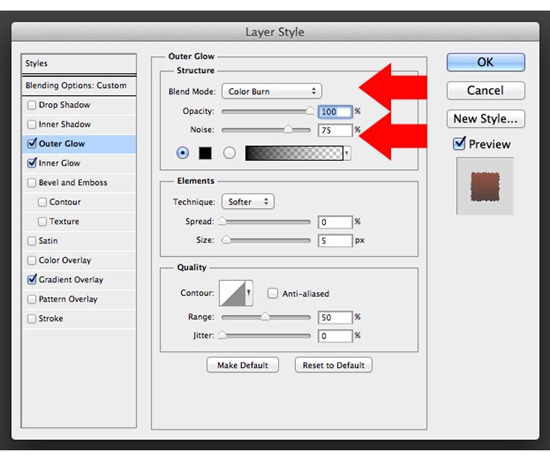 *Inner Glow with a colour of Black and Size of 25px 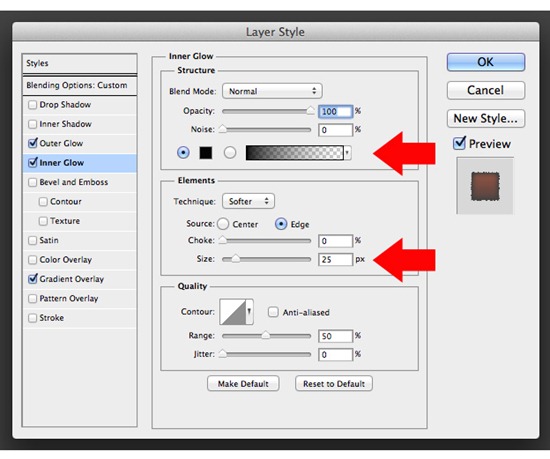 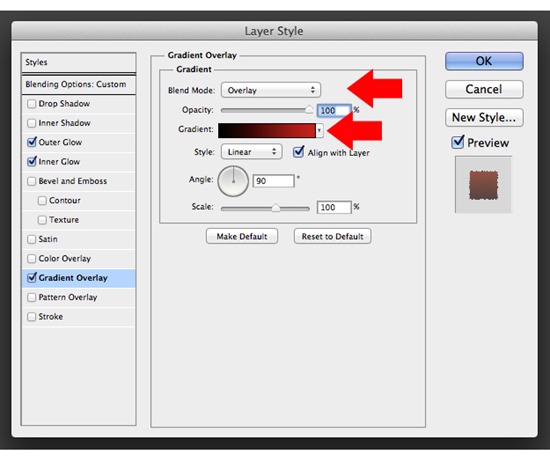 Ok, so now the cigar kind of looks like it’s lit and you can change the opacity of this layer to suit how strong you want the ‘lit’ part to look.

However, there are a couple of things we can do to really finish off the effect…

Add some Noise by going to FILTER…NOISE…ADD NOISE ( 15% should do the trick) and then to really complete the look simply get a Red Brush, change it’s blend mode to Overlay and paint over some of the ash behind the burning section of the cigar.

And that’s all there is to it. Of course you can always go one step further by adding some smoke and this is easy to do by using some Smoke Effect Brushes that are available for free all over the internet.

Right, that’s all for now so I’ll catch you next time, but as always if you have any questions then feel free to shout them out in the comments section below.

2 Comments on Lighting an Unlit Cigar with Photoshop Layer Styles