Welcome to my third tutorial on black and white photography. In this tutorial we will be looking at ways to further enhance your images once they have been converted into black & white.

The first of these methods we will discuss is contrast which is probably the simplest and most important adjustment you can make. Contrast is an essential part of the aesthetics of your image. A slight boost of contrast using an S curve in the Curves adjustment layer can lift an image, adding crispness and emphasizing texture and tone. Similarly a reverse S curve can be used at times to reduce contrast. 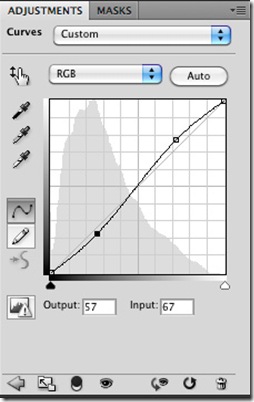 Because you are using a curves adjustment layer the intensity of the effect can be controlled using a layer mask and the brush tool.

Dodging & burning are techniques used in the darkroom to lighten or darken areas of a print; you could either place an object (usually a piece of card on the end of a piece of thin wire) between the enlarger lens and the paper to lighten an area which was known as dodging, or you could create a mask (usually using your hands) to darken an area and this was burning. All of these techniques were accompanied by flapping of hands and wire to stop the effect being too hard edged. You don’t need to know all of this but it does explain Adobe’s icons for these tools. 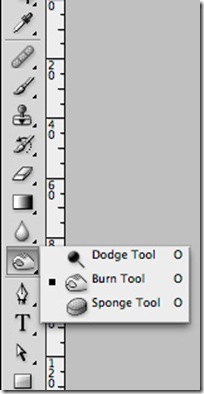 The dodging & burning tools in Photoshop (accessed via the O key) have come in for some criticism in the past and, although they have been improved in the last few iterations, they aren’t great for colour images but they are quite good for monochrome images.

The tool bar for the dodge & burn tools

Another way of dodging and burning uses the Lasso tool and a curves adjustment layer. Firstly select the lasso tool (L) and then set the feather to 250 in the tool bar, also check the anti-alias button. Now loosely select the area you wish to lighten or darken with the lasso tool, then create a curves adjustment layer. If you get a warning saying “No pixels more than 50% selected. The selection edges will not be visible” ignore it an press OK.

When you create the adjustment layer a layer mask is automatically created from the selection you made and, because of the high feather amount, the selection has a very soft edge, you can then use the curve to lighten or darken the area selected.

How the curves selection will look

Some images, not all, benefit from adding a bit of colour back into them. Photoshop offers a couple of ways of adding a tone to a photograph but the most common way of adding a single tone to an image is via a Hue/Saturation adjustment layer. This is one of the simplest tones to apply and offers quite a lot of control. 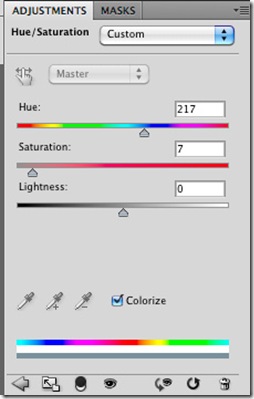 This next way of toning I found in a tutorial from David Nightingale and is takes a bit of practice to use well. These tones are created in a curves adjustment layer. As well as the standard control in the curves panel you can also control each of the primary colours individually. The individual colours are accessed via the dropdown menu at the top of the panel. 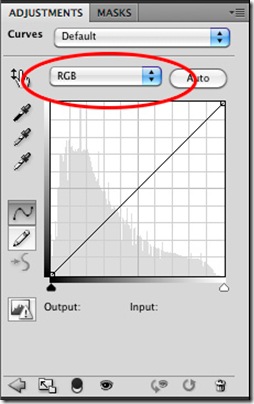 Each of the individual primary colours can be added to an image by moving their curve upwards, however if you move the curve down you are not removing the colour but adding their opposite, secondary colour (the sum of the other two primaries mixed together) to the image. The primary and secondary colours are probably not the same as you were taught in school so here are the “real” primaries and their opposite secondaries:

So, to drag the curve down in the red channel will make the tone cyan.

You can tone your image using any combination of these colours or just one but because you’re working in the curves panel you can also choose which areas of luminance are affected; you can “pin” the curve to stop it affecting other areas; you can use an S curve so one area of luminance is affected by the primary colour and the other affected by the secondary.

The curves palette offers a massive amount of ways to affect the tone of the image, too many to do justice to here, and the best way to learn more about them is to have a go yourself 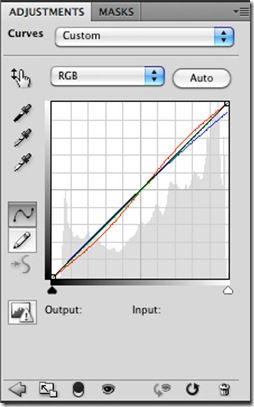 An example of a toning curve 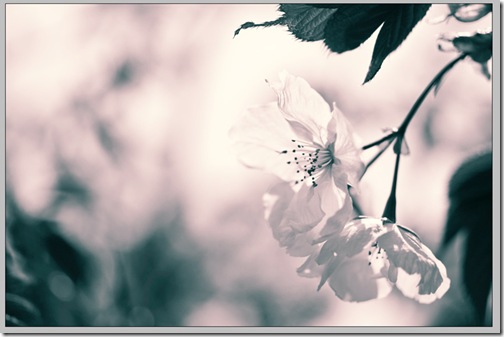 The final toning tool is not in Photoshop but resides in Lightroom, so sorry if you only have Photoshop because the toning control in Lightroom offers many of the advantages of curves toning but is a lot easier to use. Because the toning stage is usually one of the final things you to do to an image adding the tone in Lightroom can is done once the image has been saved and closed in Photoshop. If you wish to open the image into Photoshop after toning don’t forget to select the “Open with Lightroom adjustments” option. 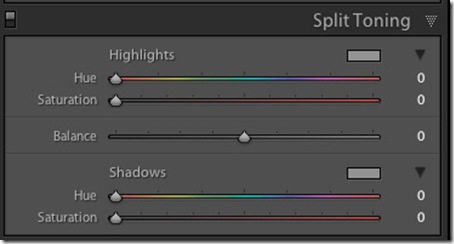 The Split Toning panel in Lightroom

As with Hue/Saturation toning its useful to increase your saturation to help you select your colour before reducing it for the final image. You can select any colour you wish for either the highlights or shadows but a good combination to start with is to choose a warm colour and a cool colour and see how that looks. in between the colour sliders is a balance control. The balance control handles which colour is the most dominant. To see how this works move the slider to either end of the scale and you will see that the opposite colour has disappeared from the photograph. The balance is a nice way of subtlety altering the toning and its always worth having a play with. 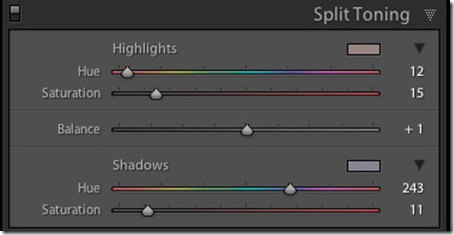 An example of a Lightroom split tone 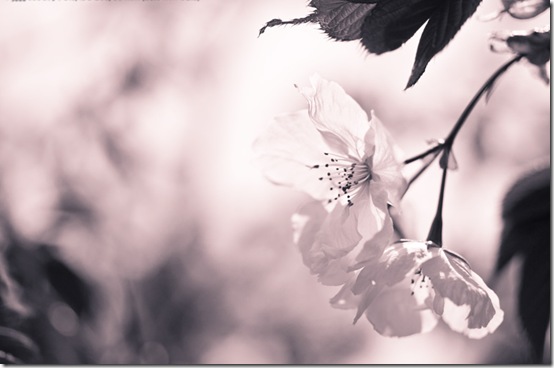 So those are my tips for enhancing your black & white images. We have one more tutorial to come in this series and it will be something of a confession.