Recently, I have seen a lot of discussion regarding the changes to the development module in Lightroom 4 Beta and I wanted to go over some of these changes since Lightroom 3.

In my previous post, I briefly mentioned the changes to the Basics tab in the Development module.. with the familiar Fill Light, Recovery and Brightness sliders making a departure and Highlights, Shadows and Whites making an appearance. 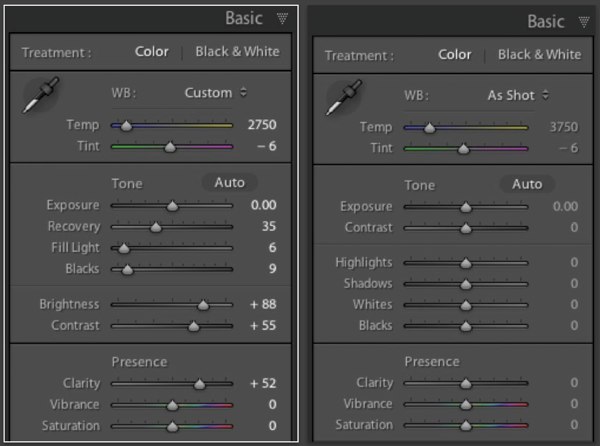 The advice from Adobe is that you should learn how the new sliders work from the beginning and not expect them to work as they do in LR3 (Process version 2010). This is not as complicated as it sounds and quite easy to pick up with a few examples below. 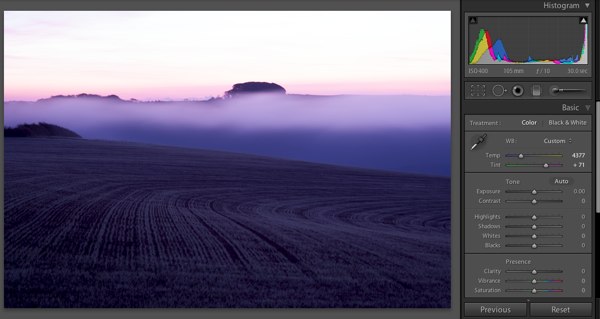 All sliders set to the default zero

Lightroom 4 Beta on the other hand, creates a new and improved Exposure slider.. that has all the benefits of the the Brightness controls from LR3. The new Exposure behaves more like film, with a graceful fall off with the highlights.

In the photograph, my histogram is a little too far to the right.. with blown highlights and no deep blacks in the image. 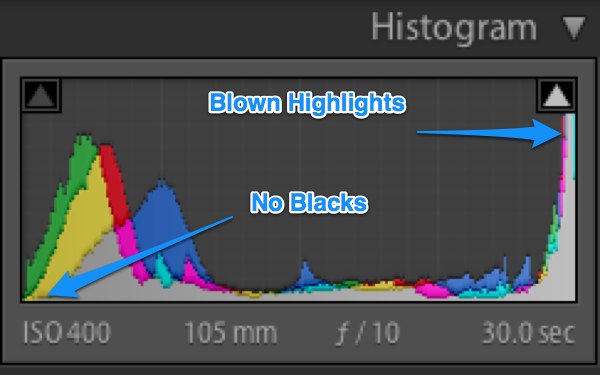 Histogram of the unedited image

Bringing down the exposure just a little gives us a good starting point for the edit. 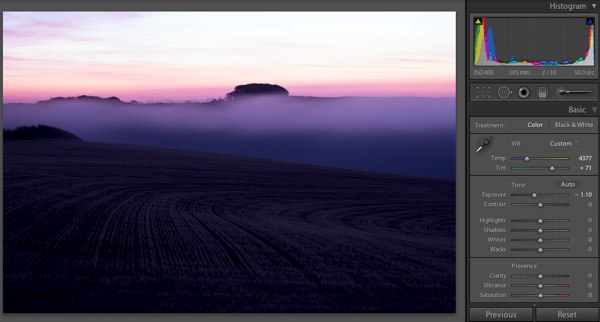 As you can see in the Histogram below, the exposure has been brought back to reveal a little of the detail in the sky. 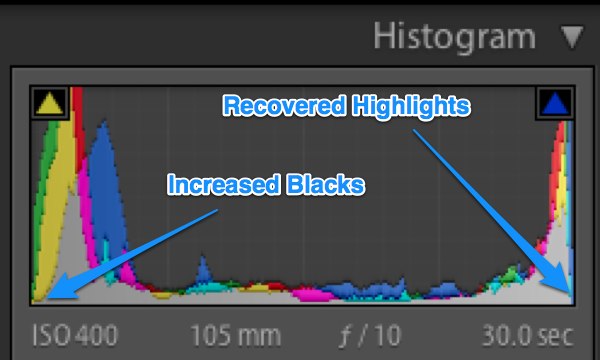 The image is now in a good starting position with all the data falling within the histogram, from here it is on to the Highlights and Shadows sliders

These two new sliders affect the bright (highlights) and dark (shadows) areas of the image.

First I reduce the Highlights to bring out more detail in the clouds. 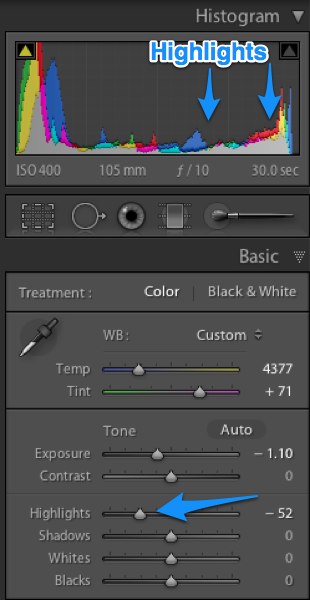 As you can see, this has brought out the clouds 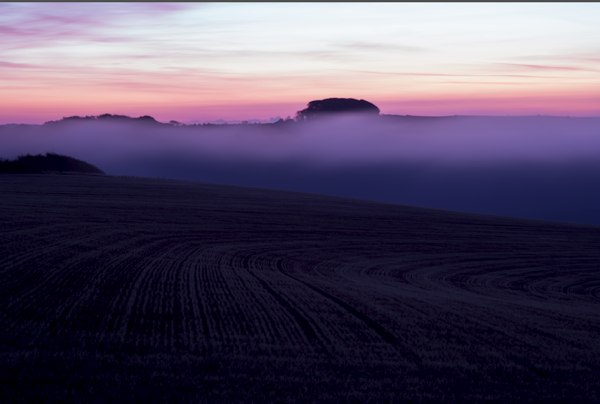 Now to the Shadows.. 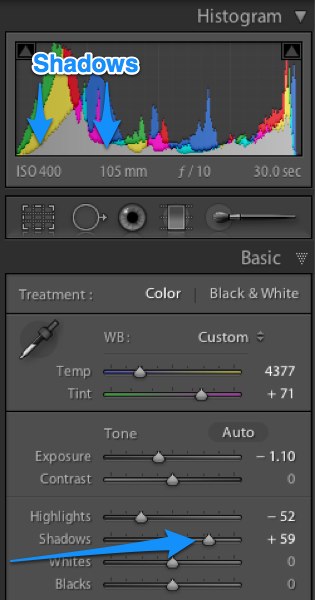 Lighten the shadows to +59

This brings out the detail hidden in the shadows.. 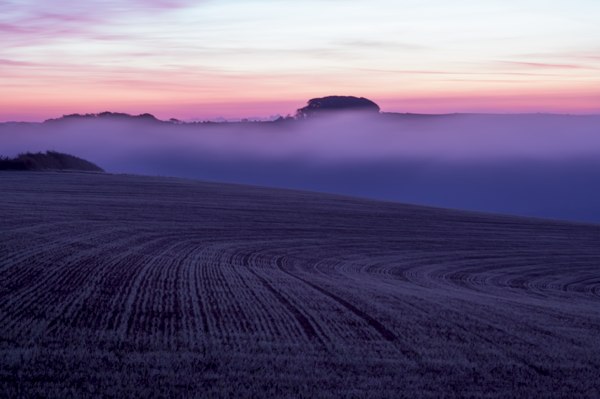 and now we look at the Whites & Blacks

These sliders cover each end of the histogram. Whites are brighter than highlights and Blacks are darker than shadows. This may seem a little confusing as most photographers are used to referring to the very right of the histogram as the highlights, but it makes sense that the Whites slider plays the opposite role to the Blacks.

In my example image, I did not need to adjust the Whites as there are no blown highlights. The Blacks on the other hand could do with a little adjustment to increase the contrast. 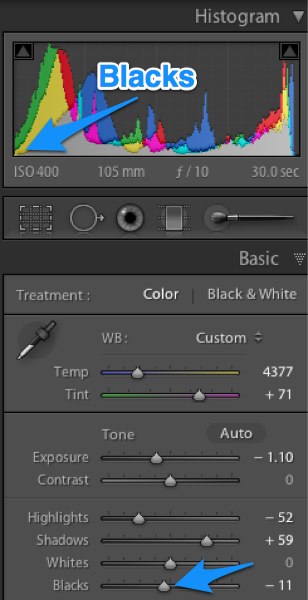 Darken the Blacks to -11

This gives a little more contrast in the lower range of the image.. 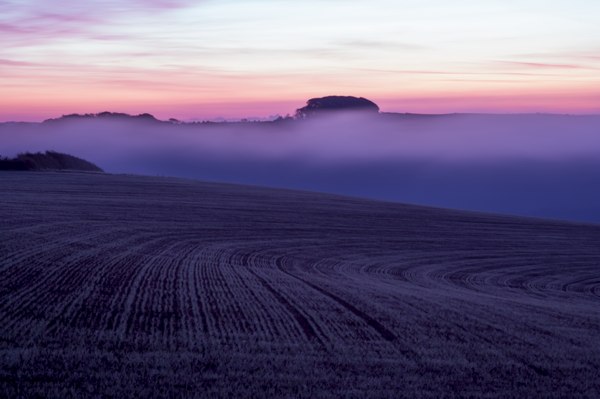 A little low end contrast thanks to the darker blacks

The image is almost complete now with just a touch of Clarity needed.

In Lightroom 4 Beta, the Clarity brush has also been improved dramtically. The old LR3 Clarity had a tendency to create halos if over used. The new slider in LR4 Beta is much better at controlling artifacts and halos.. so much so that Adobe has also increased the strength of the slider. The advice from people at Adobe is that the Clarity slider in LR4 Beta is approximately twice as strong as that in LR3.. so expect to use lower settings to achieve the same affect as LR3.

Clarity is an intelligent contrast for the mid range tones on the histogram and can add a nice pop to an image. 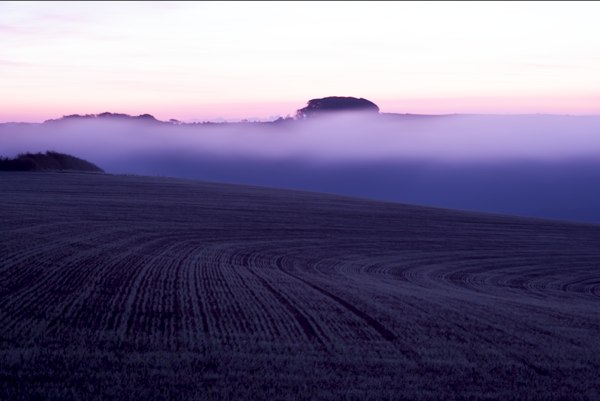 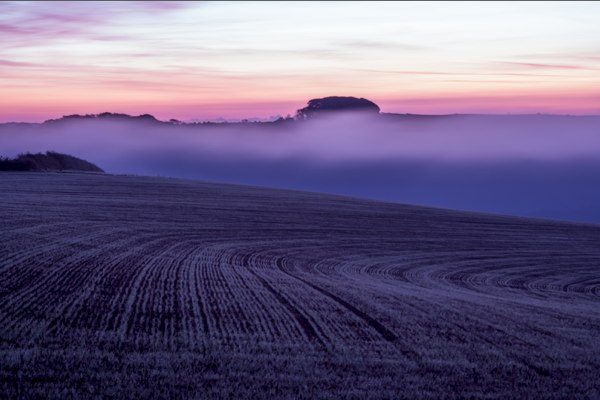 I hope that you have found this look at the new Basics panel from LR4 Beta to be useful. My one piece of advice if you are coming from a previous version of Lightroom is treat the sliders as completely new. A quick 30 min play with the new sliders will give you more insight than trying to use familiar settings from LR3.

As always, please feel free to ask questions or comment below

Scot Baston is a Commercial & Wedding Photographer that lives on the south coast of Devon, that inspires much of his work. Whether it the technical or emotive sides, Photography is a passion that continues to challenge and inspire.
Contact: WebsiteFacebookTwitterGoogle+