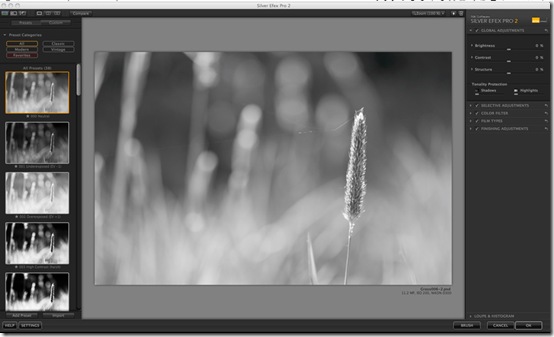 This is where you start

When you open an image up from Photoshop, Lightroom, Photoshop Elements, Nikon Capture NX2 or Aperture you are presented with a neutral conversion that is the base from which begin to work. 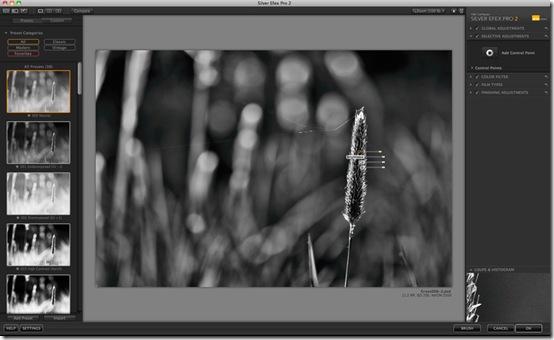 A control point in position with the sliders visible 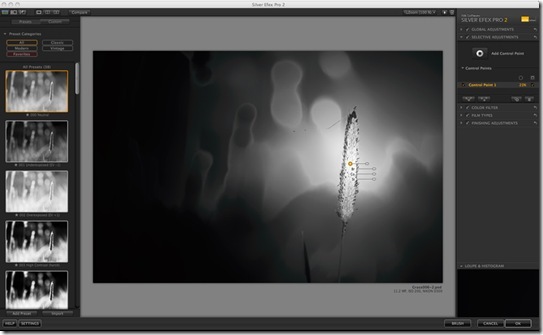 Did that make any sense? Probably not, but this may. I don’t think the control points work very well in SilverEfex and never use them!

If you mouse over the Loupe some a numbered scale appears beneath it and if you mouse over the numbers parts of your image may be overlaid by stripes of different colours. This scale is the Zone System a method of altering the exposure of black & white film so that the different tones of an image could be made lighter or darker. 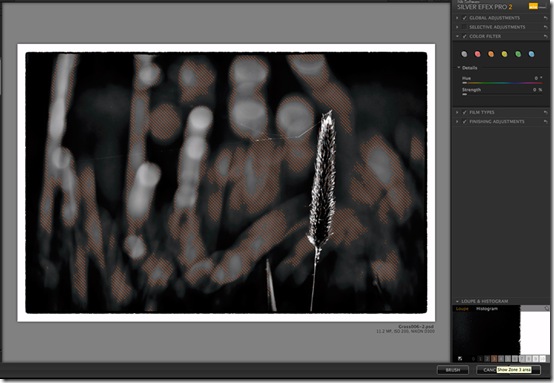 The Zone System in operation

The Zone System was developed by Ansel Adams and it would take a book to explain properly (there are plenty out there). I can see Scale’s usefulness in SilverEfex but only if you understand the system and even then its quite an abstract tool to use here. Nik have obviously spent time developing this part of the software but why then hide it away at the bottom of the panel?

That’s the processing side covered, the left-hand panels contain presets both those from Nik and ones of you own creation. Good starting points if you are stuck for creative ideas. I’ve gone on too long as it is so I won’t go into that side of the window.

The other side of the window

There all the usual viewing options, preferences, zooms etc. littered around the window but you can discover them for yourselves.

So we come to the end of this series, I hope you enjoyed it, found it useful and that it didn’t irritate you too much. I do use all of the black & white conversion techniques we have discussed but I do tend to go to SilverEfex first because its quick and its very good at what it does. Is it worth getting? Possibly, if you do a lot of black &whites. Would I get the upgrade? Still undecided.

4 Comments on Black and White with SilverEfex Pro 2