When we talk about the Levels dialog in Elements, we generally stick to the default mode of adjusting the shadows, midtones and highlights of the overall image in order to correct and boost the existing tones. There is far more to the Levels adjustment, however, as we’ll find out in the following tutorial.

In addition to the composite RGB, we can alter the component colour channels (red, green and blue) individually to change the colour of an image with far more accuracy than we can with tools such as Hue/Saturation. Here we’ll be working on an image of a silver trophy; first changing it to gold, and then to bronze.

Something to note: although the trophy is not on a separate layer, the white background is never affected. This is because we are only working on the midtones; white is pure highlight. The same would be true of a pure black background. If it had a colour or photographic background we would first need to select and copy the trophy to its own layer. 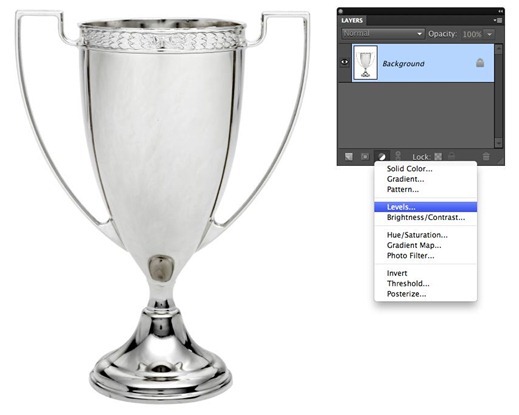 1. We’ll begin by creating a new Levels Adjustment layer. We can do this by either clicking on the New Adjustment Layer icon in the Layers panel then choosing Levels from the pop-up menu, or by going to the Layers menu and selecting New Adjustment Layer > Levels. This is preferable to simply using the stand-alone Levels dialog as it never alters the original image and we can always go back and make changes later on. 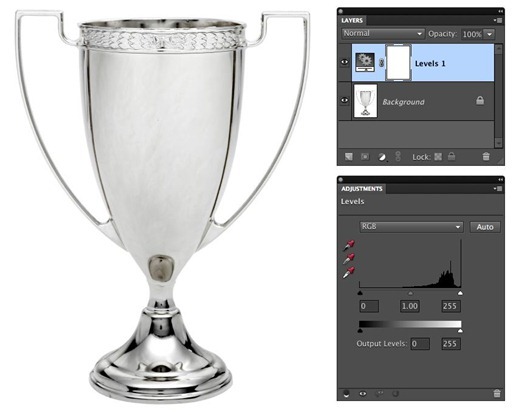 2. In newer versions of Elements (9 & 10) the dialog for the adjustment layer appears in the Adjustments panel. Earlier versions display the dialog in a pop-up window as it would if you used the standard Levels command. There is no difference in the way the controls function; it just makes it more convenient and is tidier. 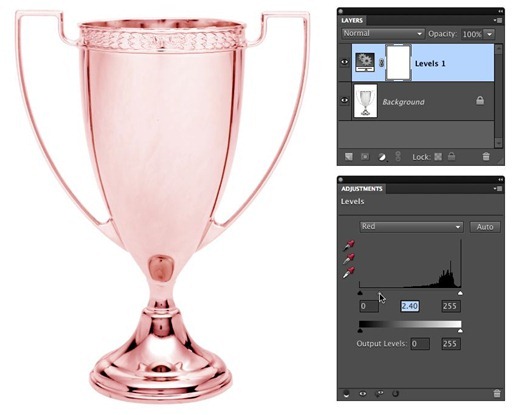 3. Gold contains a large amount of red, so we’ll begin by selecting the red channel from the drop-down menu. We could also use the keyboard shortcut cmd/ctrl + 3. Drag the midtone slider to the left to increase the amount of red. Around 2.40 should be sufficient; we can always tweak this later if necessary. The trophy now has a slight pink hue. 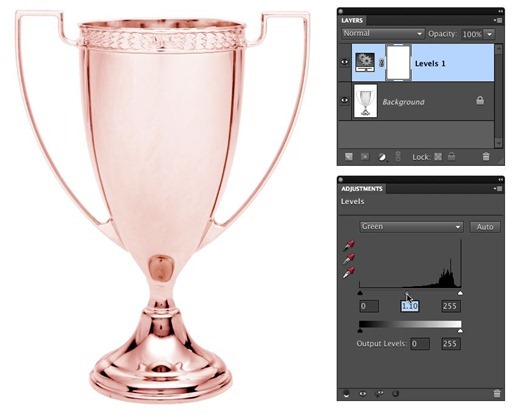 4. Next we’ll add some green – this pushes the colour into the warmer tones. Select the green channel from the menu, or with the shortcut Cmd/Ctrl + 4. Drag the midtone slider slightly to the left to increase the amount, around 1.10 is enough; it’s a subtle change but is enough for now. 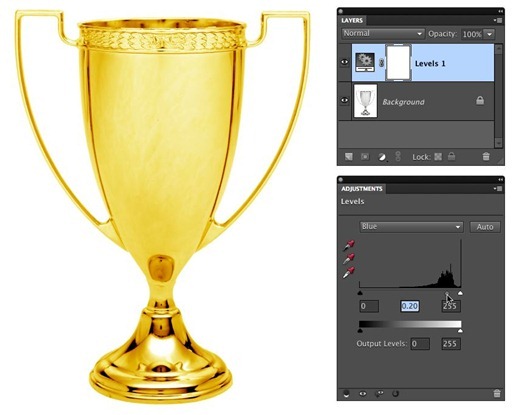 5. The last part of the colour change process is to alter the amount of blue in the image. Select the blue channel (Cmd/Ctrl + 5). This time we’ll be subtracting the colour from the image. Drag the midtone slider over to the right; as we do so we can see the gold hue building up. Take it down to around 0.20. This is effectively the same as adding more green but it’s easier to gauge when the adjustments are made in sequence. 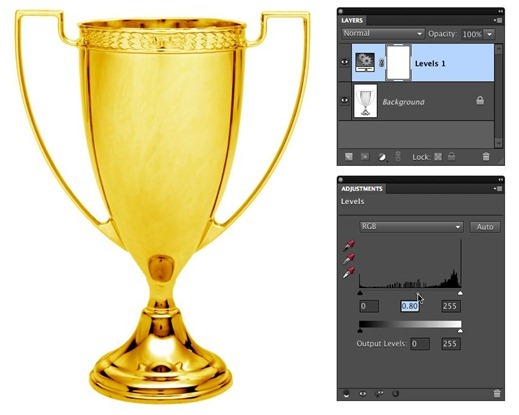 6. Go back to the composite RGB control (Cmd/Ctrl + 2). Drag the midtone slider to the right slightly. This increases the midtones of all channels, adding to the effect by making the colour richer. This completes the colour change and we’ve got a really good result. 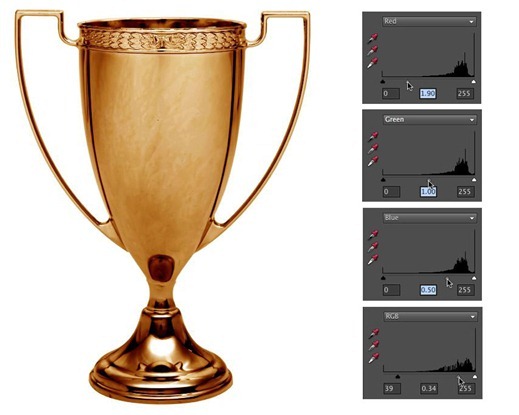 7. The advantage of using adjustment layers is we can always go back and make changes if required. We can also make more drastic alterations. Here we’ve created a bronze effect by decreasing the red and green midtones slightly and added in a little more blue. We’ve increased the overall shadow and midtone content to give the trophy a more matt appearance.

3 Comments on The Midas Touch: Beyond the Basics of the Levels Adjustment in Photoshop Elements