For this year’s holiday card, I figured we try something a little tougher. Sometimes when looking through your family photos to find the perfect one for a card, you realize that instead of one perfect photo, you actually have two or three, that if combined would make a more perfect card. If you’re not going to be stitching photos together, we’ll pick this up next time with the Effects/Framing portion!

In my family photos, we have one of my mom’s childhood home, Brookside Farm in Pennsylvania, that is a great picture of the home itself, which my grandfather took after it had snowed a while one day, but he cut off the house right over the roof. 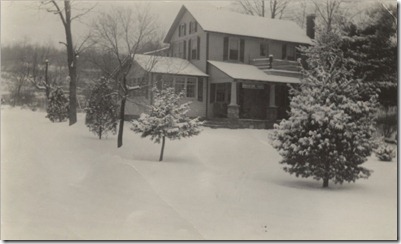 The next day he took another photo when the snow was deeper. The snow looks great; as do the icicles hanging from the roof, but this time the photo was all about the sky, and the lower part of the house and grounds are cut off. 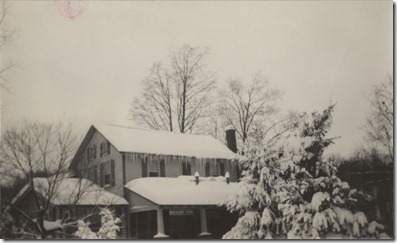 There’s also a third photo, taken after that same snow, of Pop’s 1929 Chevy truck that would look great in the card, so why not combine them all into a single Holiday scene? To begin, have all of the images you want to use open; choose one of your two or three images and make the canvas size larger. To do this, select the Crop Tool from your toolbar and select your entire image. Now, using the adjustment handles, drag the canvas out, vertically and horizontally. This step simply gives you a bigger work area; you can readjust the size, later.

To bring a second photo into the first one, begin by making the photo you want to import active; now go to your tool bar and select the Move Tool. Drag and drop your second photo to the tab of your first photo. ***Tip: If you want to center the photo you’re dragging in, hold down the Shift key while dragging and dropping***

Lower the opacity of the photo you’ve just imported so you can see the photo under it. Move the second until you line up the same areas, such as the roofline in this photo. Use Free Transform, Distort and Warp to match up your areas if needed. ***Note: I did try to stitch the two photos of the house together using Photomerge. It didn’t work because there has to be at least 40% of the photo that’s the same, and in this case there wasn’t, but it won’t hurt a thing to try!***

When you’ve lined the layers up as best you can, bring the opacity up on the imported layer and crop the photo as needed.

This may be as far as you go, putting two photos together, but I’m a glutton for punishment and really want that truck in there! If you’re putting in separate element, remove the parts of the photo you don’t want in the composite. There are a few ways you can do this, the most obvious being a mask, but I lived dangerously and used the eraser tool.

Once you’ve got the portion of the photo you want isolated, drag and drop it into the combined photo. If there’s any little tweaks you need to do to make the new portion look more a part, you can do it now. I darkened the porch area to match a little more with the inside of the truck’s cab. ­To do this, I added a Curves Adjustment, took the histogram down towards the lower right hand corner a bit to darken, then lowered the opacity to around 40%. Just a subtle difference, but makes the two photos easier to integrate.

***Tip: If you need to match the color, you can go to Image > Adjustments > Match Color, but you can also do a Black & White Adjustment Layer, aka the great equalizer!*** 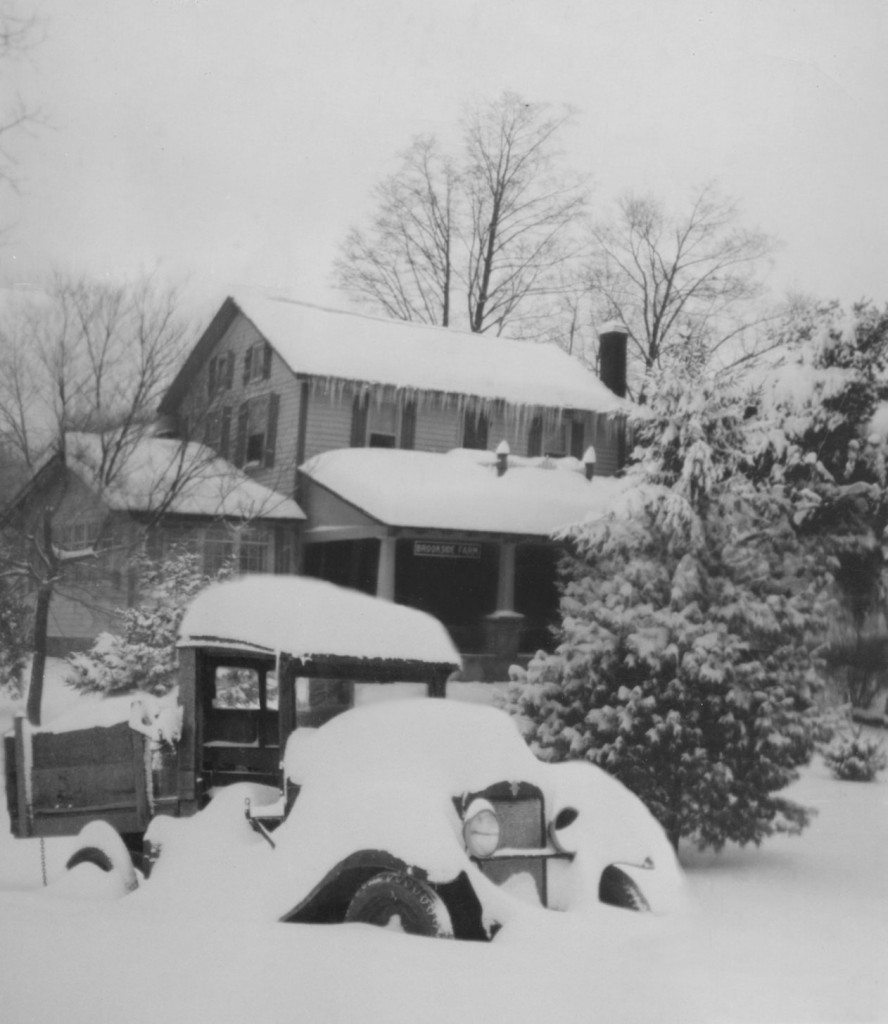 ­Next time we’ll finish the card with the effects and the frame!