Let’s take the classic lightning effect and add a little scatter effect too; 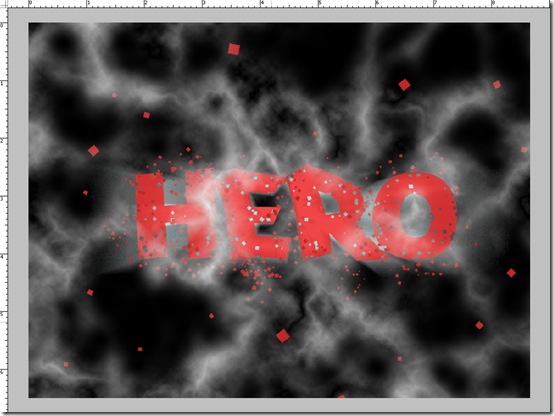 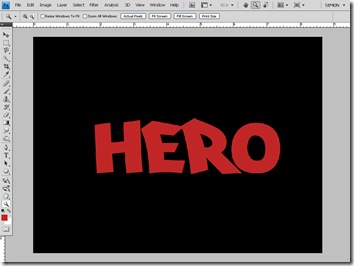 Make a new 1024×768 sized documents, set the background colour to black. Next using the Text tool Type “Hero” or any other word you like in a large bold font setting the text to red (#c02626). 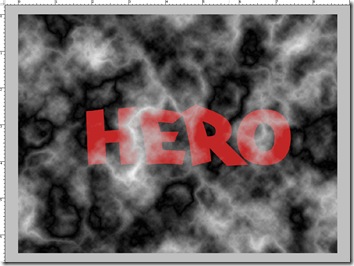 Make a new Layer above the text layer called “Lightening 1”, Press D on your keyboard to reset the colour swatches to black and white. Next go to filter>Render>Clouds, follow this by going to Filter>Render>Difference Clouds. Repeat the difference cloud filter again to produce a lightening effect. Set the Layer Blending mode to Screen to remove any black. 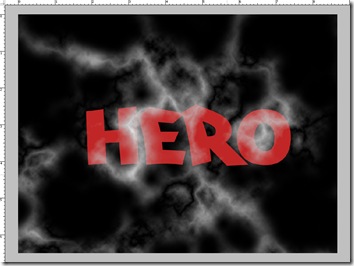 Add a Reveal All Layer Mask to the Lightening 1 Layer, Layer>Layer Mask>Reveal All. Mask out some of the effect until you have a few good sharp lightening bolts. 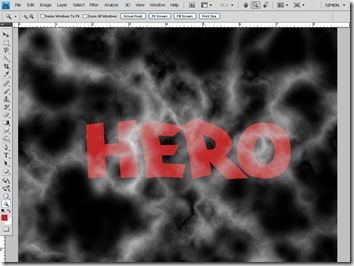 Group the lightening Layers together by selecting them in the layer palette and pressing Control & G together. Add a reveal all layer mask to the group and mask the lightening so it looks like it is going through / around the letters. 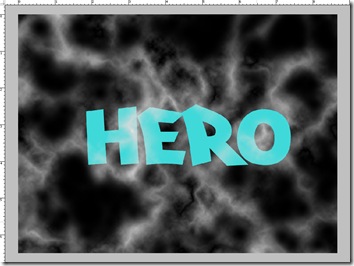 Duplicate the text layer (Control & J) and rasterize it (Right click the text and select Rasterize type). Drag the new text layer beneath the original one, hide the original text layer by clicking the small eye next to its icon in the layer palette. We now want to invert the text colour, we do this by pressing Control & I together while on the new Text layer. 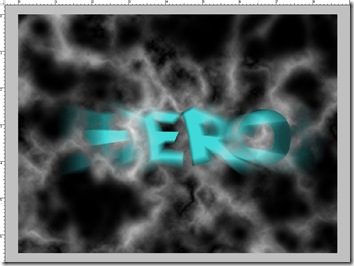 On the blue text layer go to Filter>Blur>Radial Blur, set Blur Method to Zoom and amount to 100. Set the Blue Text Layer Blending Mode to Lighten and unhide the original text layer and some of the blue blur should show around the edges. 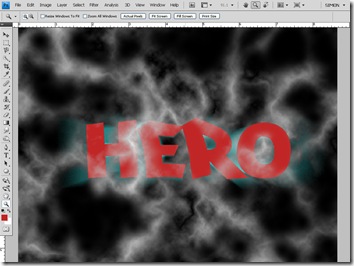 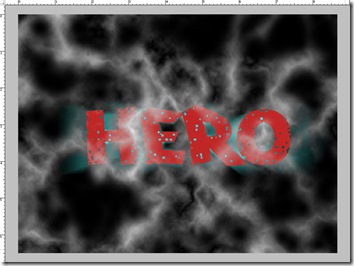 Go to http://simonrudd.info/brushes/ and download and install the brush Random Squares. Next add a reveal all Layer Mask to the Text Layer and using the brush “Hard Square Random” with foreground set to Black (#000000) randomly click on the text to mask away parts of it. 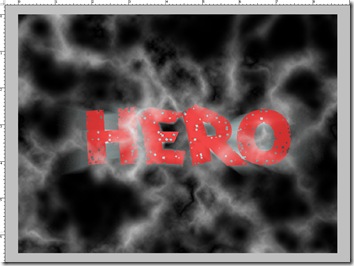 As before duplicate and rasterize the text layer, Blur it as before but set the blending mode to screen and leave it above the original text layer. 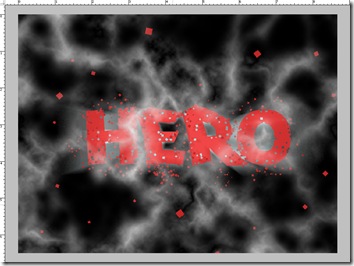 Finally set the foreground colour to red (#c02626) and using the same brush on a new layer start to paint in random squares, feel free to change the size of the brush to create a nice random effect.

Simon Rudd is a freelance writer and artist specialising in Photoshop tutorials as well as Horror, the Macabre and Fantasy themed pictures. He frequently writes for magazines and websites.
Contact: WebsiteFacebookTwitter