We start the second part of our Holiday card tutorial by getting a bit analytical. In order to make some fairly realistic shadows within your photo, you need to first analyze it. The nexus of this analysis will be the moon, or the light source. Where is it? What is directly in its path? Sometimes it’s helpful to actually “draw” the paths the light will take on their own layer, enabling you to better visualize what will be within that path, by using the Line Shape Tool. Once you’ve established what paths your light source will take, open a new blank layer at the top of the layer stack. Make a rough selection around one of the elements that are in front of the light source. It can be a very rough selection: it will be blurred, transformed and warped, so as long as it’s a fairly good representation, it’ll be fine. 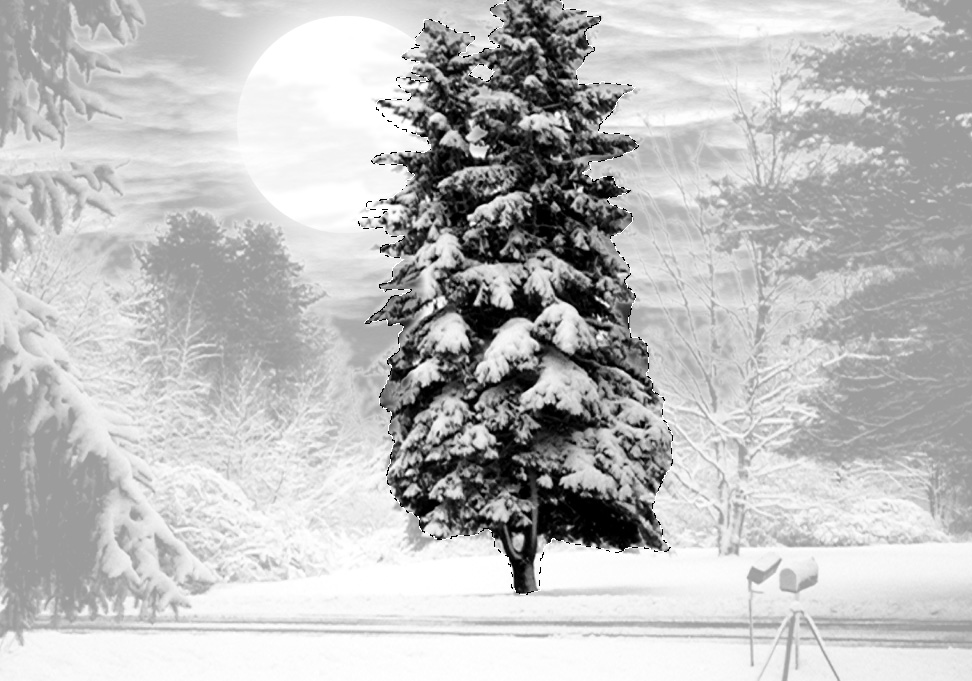 Repeat the process for all elements within the light path. Even though I show you the combined shapes below, be sure you put them all on separate layers! On each of the layers, make a selection by holding down the Ctrl or Cmd key while clicking in the layers thumbnail in the layers palette and fill the selection with black. On each of the “shadow” layers, go to Edit > Transform and select Flip Vertical. Move the flipped image down so it aligns, roughly, with the bottom of its reflected parent. 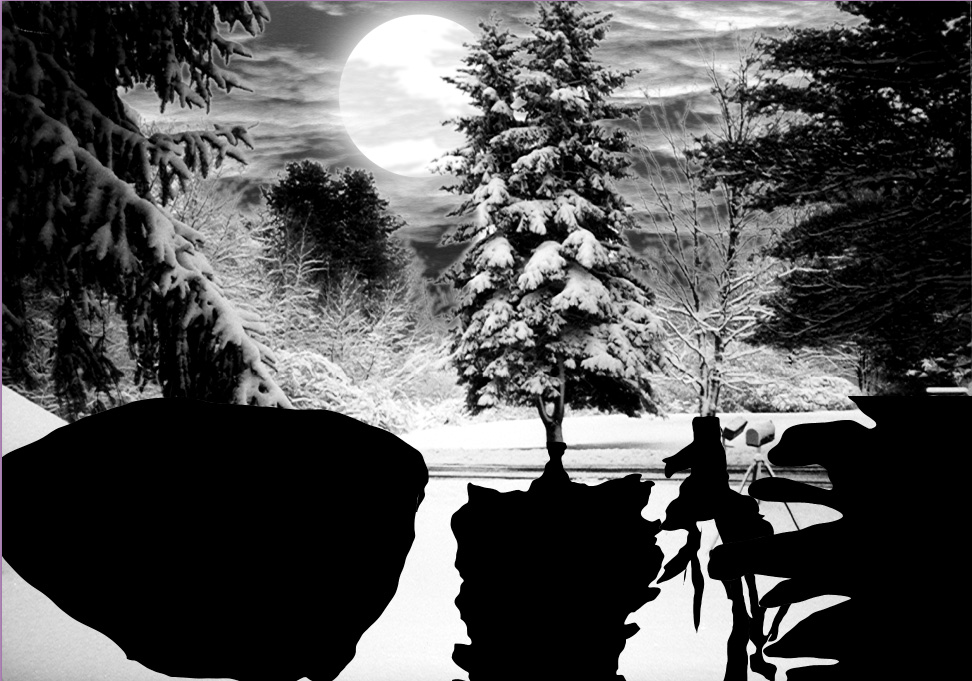 Going back to the line path visualization we did earlier: we now need to transform the shadows so that they actually follow those paths. Go to Edit > Transform > Scale, or simply Crtl+T / Cmd T. Do the same if you need to Transform using Scale or Warp, and right clicking to choose which tool you’d like. 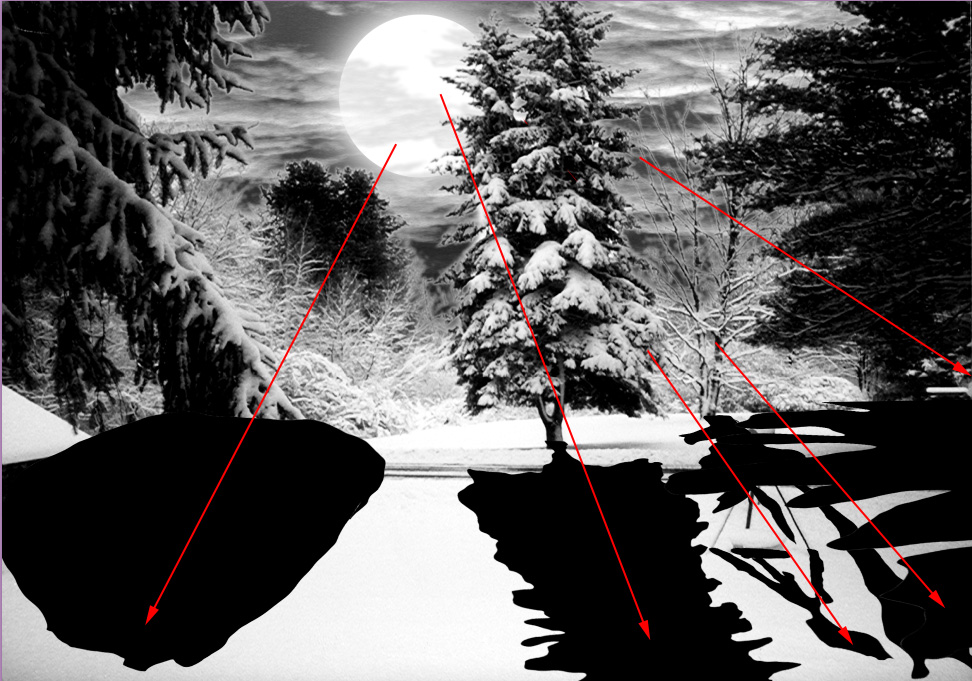 When you achieve the placement you want, combine your shadow layers. To give them more of an ethereal shadowy look, we’ll give them a bit of a Motion Blur (Filter > Blur > Motion Blur) at a 0° and a distance of about 80 pixels. Still on the “shadow” layer, go again to Filter > Blur and select Gaussian Blur. You want a fairly heavy blur, around 65.0 pixels. In this step, we’re going to put a little color on things, with a Photo Filter Adjustment. Yes, you could put a solid color in a blank layer at the top of the layer stack, but I personally like the look the Photo Filter gives me. I used the Deep Blue filter, but you might like the look of a different blue tone. Bring the density up to around 50%. 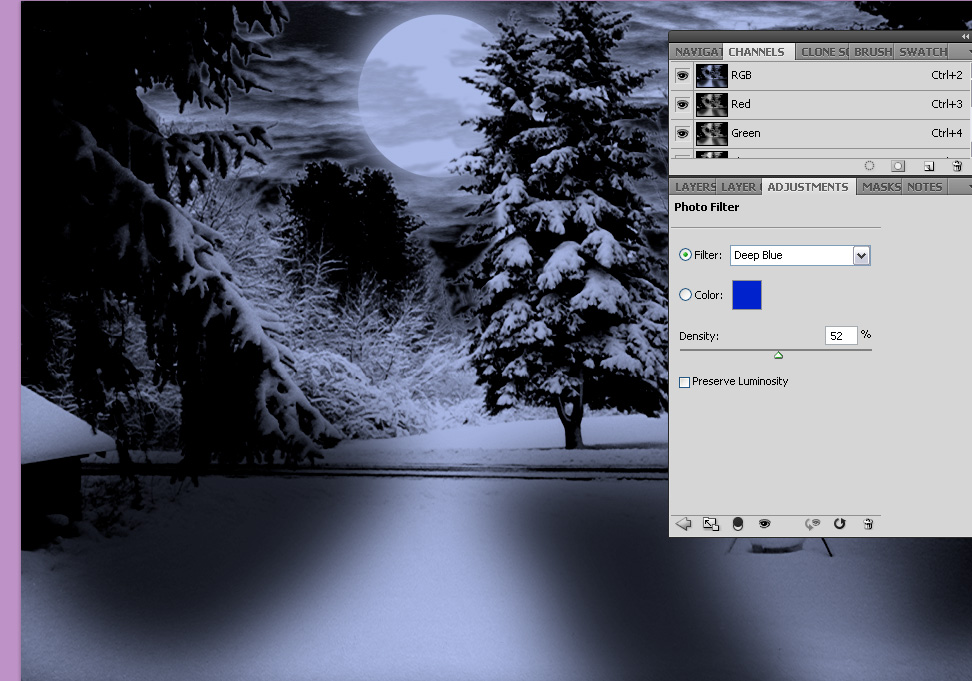 Now we’re going to go back to the shadow layer and put it through another round of motion blur. Same angle, 0°, but this time bring the distance way up, around 250 pixels. 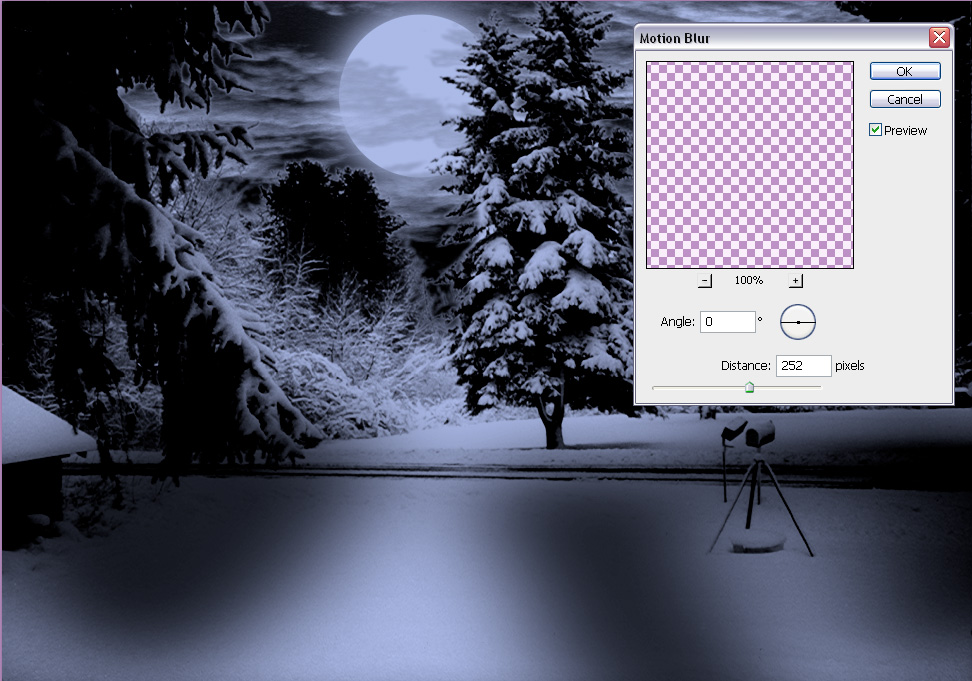 You may decide, at this point, that you want the scene to be even bluer. If so, put another dose of Photo Filter on it and adjust accordingly. 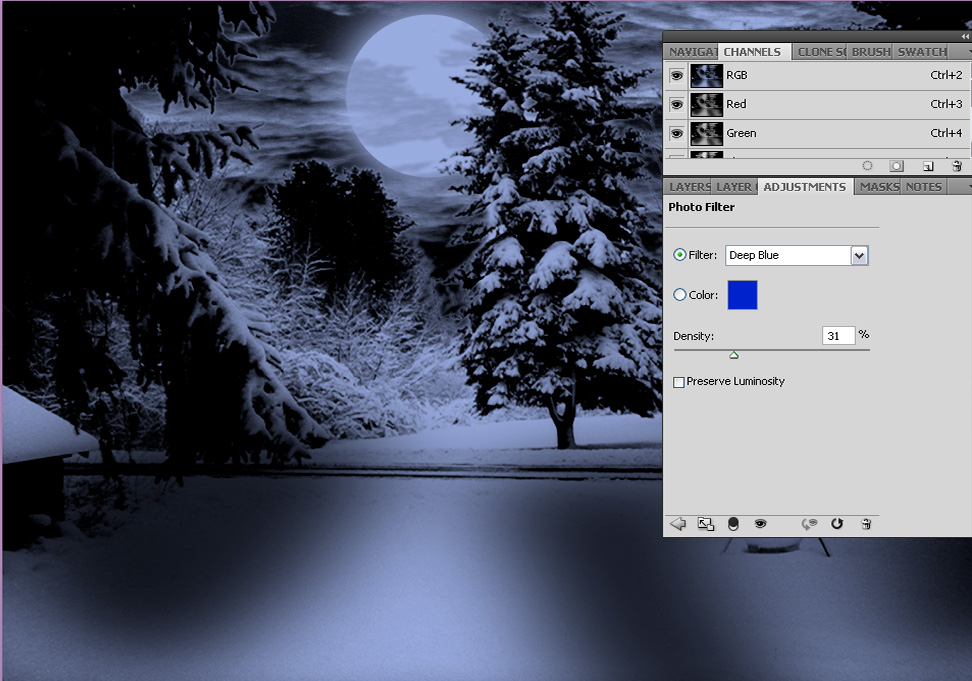 In part three, we’re going to put some light on the subject!