This week I have been working to make a reproduction of an effect seen on the US TV programme Hell’s Kitchen. Before each commercial break a little film shows the Hell’s Kitchen pitch fork in a different scenario. The one I’m using for inspiration here is the snuffed candle. In this effect the smoke forms the pitch fork. As always I’ll be trying to find the easiest way to achieve the effect. 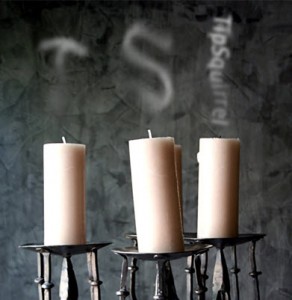 First I went off to Stock.xchng to find a picture of a candle. Here’s a link to the one I chose to use here.

Rather than the pitchfork I’m going to use a ‘T’ for the first candle. I chose the thin-ish font, Nina. Holding down the Ctrl / Cmd key I can transform the letter into a longer shape.

Ok, now I’m goin to want to manipulate the letter more than the font will allow so I’m going to have to change the font to a regular layer. Easily done, I just right click on the layer and choose Rasterize Type. 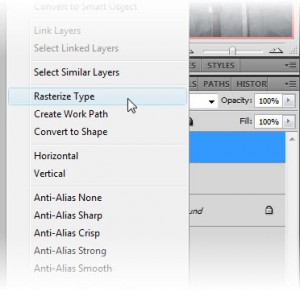 Now I can manipulate it as I like. I’m actually going to use 4 filters;

Firstly I want it to be blurred, so first up to Gausian Blur; 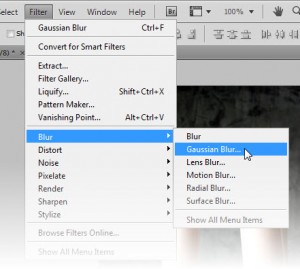 One more filter on the shape, Liquify.

In this filter there are five tools that will help me get a smoke movement to my shape. I’ll have a play (using Ctrl+z / Cmd+z to undo if I don’t like it). I keep going until I am happy with the result, then click OK

Tippy-Tip : While using the Twirl Clockwise tool I can press Alt to twirl anti-clockwise.

Now to add smoke colouring to my shape, easiest way is with clouds. So, on a new layer I run the Clouds filter with the background and foreground colour at their default black and white.

That covers the whole layer, but that’s fine, I’ll clip it to the T shape. I do this by holding the Alt key and putting the arrow between the T later and cloud layer. The arrow changes to interlinked circles.. click. 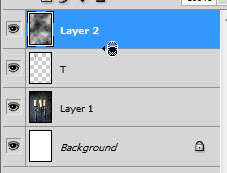 And there’s my smokey TI repeated this with an S shape and then again with the full TipSquirrel. For the latter I added another ‘blob’ shape behind the word to give it a bit of depth. 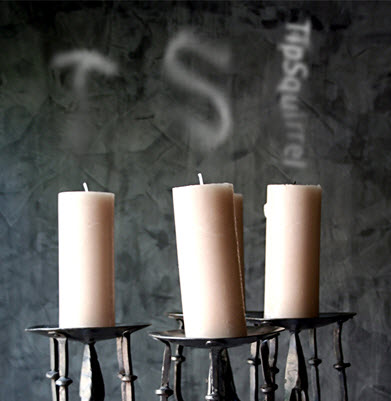