There is an epidemic among beginner Photoshop users. It’s called “Penicullus Fervesco“. It’s that moment when a beginner is trying to use the pen tool but after messing with it and trying to get it to work for them, their blood starts to boil at an alarming rate due to frustration. When they reach the point of yelling “I QUIT!” and stop themselves just short of throwing something – that is Penicullus Fervesco and we have all suffered from it at some point in our Photoshop journeys. There are loads of lessons about the Pen Tool out there, but sometimes they don’t always help.

So, here is a quick tip that will cure this ailment of boiling blood. Start out drawing without the Pen Tool.

“What? If I couldn’t draw with the pen tool, how am I going to draw without it?”

Believe it or not, most things can be drawn using the Shape Tools and that includes the Custom Shape Presets. Don’t believe me? Then chances are you missed out on a Drawing 101 class somewhere along the way. In Drawing 101 they teach you to stop looking at the whole picture, and start looking at the pieces. Simplify the image. Bust it up until you get down to the very basic shapes that construct the frame of what you are trying to draw.

For example, take a look at this basic owl image. 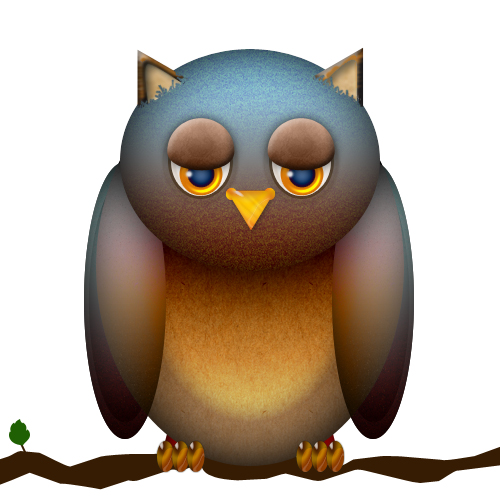 Now at first glance, and to a beginner, this may look like an involved sketch. But if we take a closer look at it we will see that the whole image was made using the basic shapes (rectangle, triangle, ellipse) from the Shape Tools pallet.

First, let’s simplify the image. Here is what it looks like without all of the fancy shading. 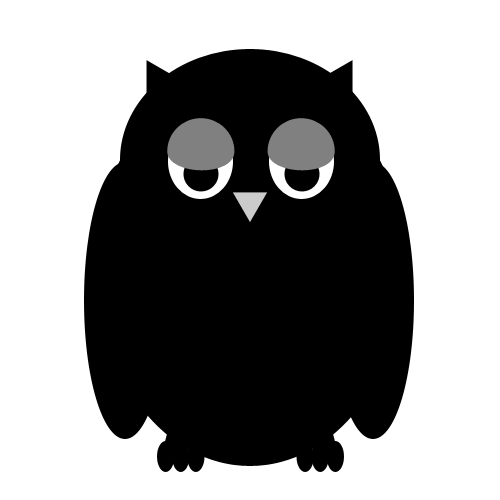 And now we are going to bust it up into pieces. Here is the wire frame. 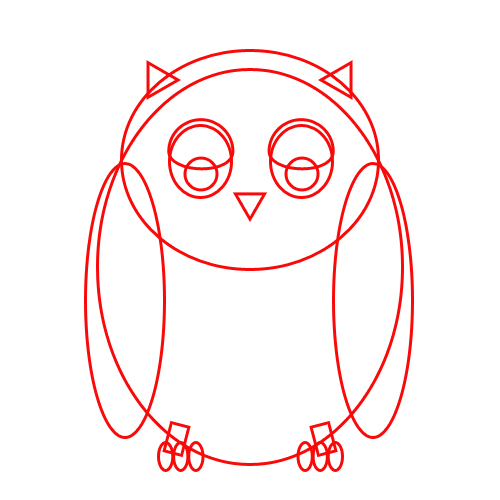 Once you get to know the shapes and can start to visualize how whole images are built using them – then you can start to do things like transform them, warp them, use the path selection tools to change their points, handles and curves. Although the custom shapes are already images, you can actually create entirely new images just by experimenting with them. Go on! Try it! It can open a whole new world of image creation for you.  And here’s the bonus of it all – the more you play with shapes something will start to happen. You will gradually understand how the Pen tool works!

So the next time you need to draw or redraw an image and you find yourself cringing at the thought of using the Pen Tool, try using the shapes and see what happens. I’m willing to bet that if you do, Penicullus Fervesco will soon fade from your life. 😉