Janine’s course, Photo Restoration with Photoshop, is available on Lynda.com 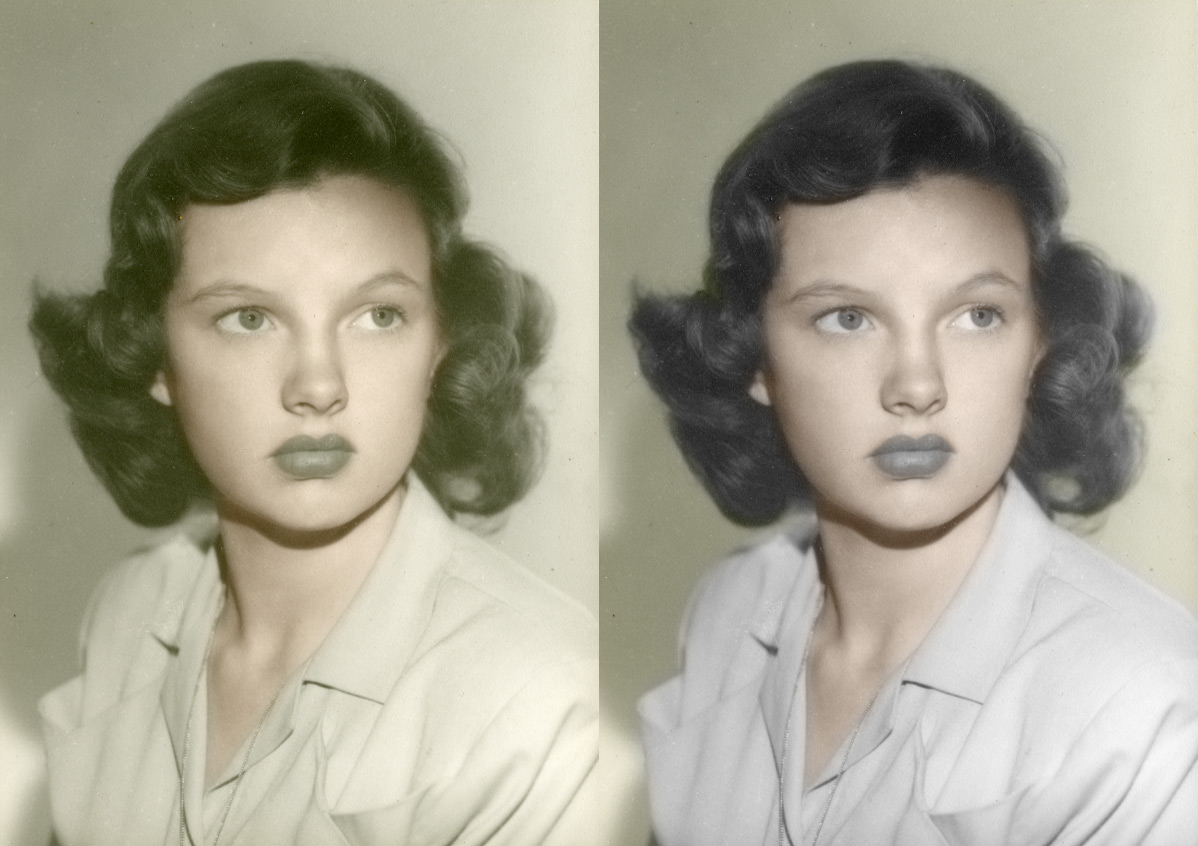 When last we saw our heroine she was looking a little, well, colorless. Today we’re going to perk things up a bit with a little help from history. First, we need to ask ourselves a couple of questions; what era is our image from and what era’s style do we want to borrow from? Of course, you can color your images any way you like, but personally, I like to borrow styles from the era the image was taken in. For the really old images that may mean striving for a watercolor or pastel look of a hand tinted image and portraits taken in the 40’s may call for the more saturated, glamorous style of that era. I’ll go more into the styles of each era and inspiration at a later date, but for now, since the image I’m working on was taken in the 40’s, you can go online and find an image or images from that era that appeals to you in terms of skin and hair color. You may feel like it’s wrong to borrow an image, but It’s okay to use these images for this purpose – all you’re going to do is sample color palettes, you’re not using the image or reproducing it in any other way. 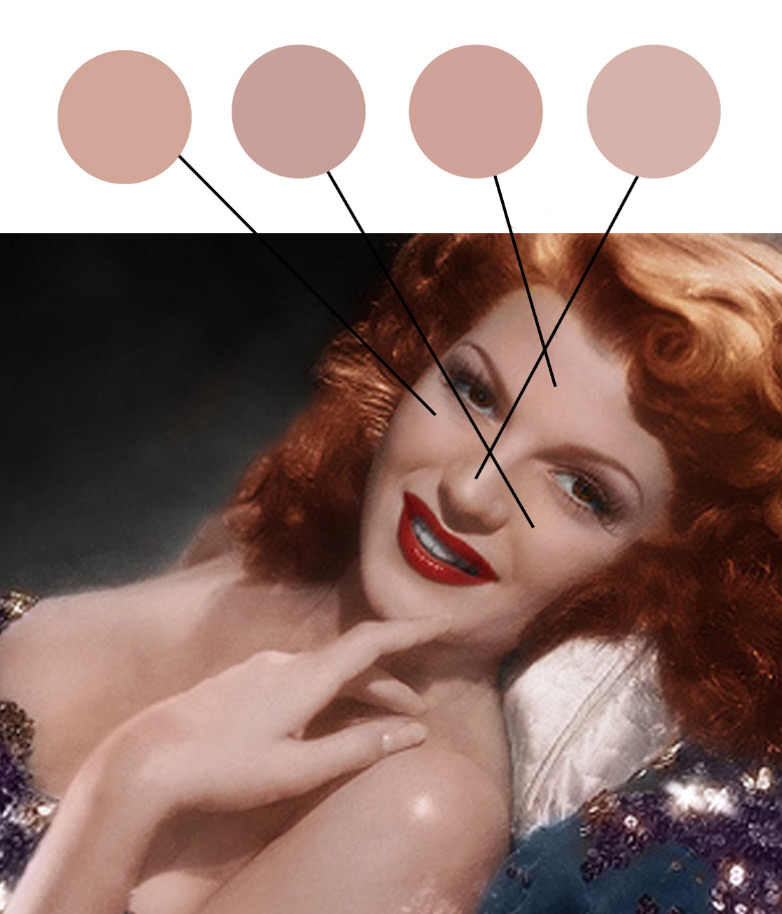 As you could see from the skin tone I used during part 1 of this tutorial, one color just doesn’t cut it. The goal is for the skin to look realistic and one tone just doesn’t. On a new, blank layer on top of the first color which I sampled from a makeup chart, I layered on one of the samples from the Rita skin tones, in this case, the color on the far left. I then changed the Layer Blend Mode to Soft Light and brought the Opacity down to around 50%. Remember, you can change these as you go if things don’t look “just right”. This adds some pink tones to the skin.

Now I’m going to add one more layer, this time the second tone from the right on the Rita chart. I want to add a darker tone, but I want to keep it on the pinker side because Rita’s skin tone in the picture is on the pinkish side. Once I color the skin in, I change the Layer Blend Mode to Color. Always test both Color and Soft Light, if no others, to see the difference and if one gets you closer to the skin tone you’re striving for then the other. 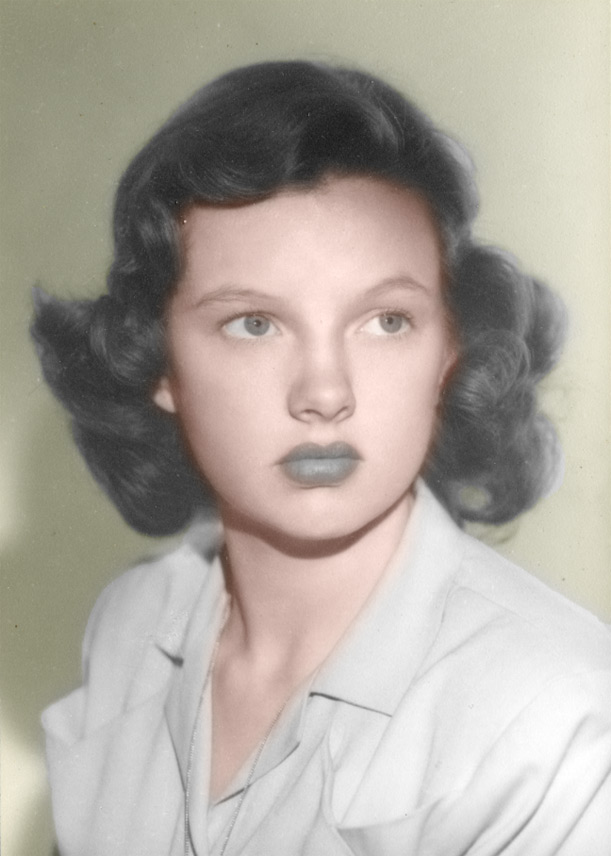 It’s a good idea at this point to bring the image you sampled from into the image you’re working on if you haven’t already. If using an image from the internet I usually just copy and paste it into its own layer in the image I’m working on, anyway, so I’d just make that layer visible and move it to the top of the layer stack. Move the opacity slider down on the last skin tone layer. Around 70% worked for me. 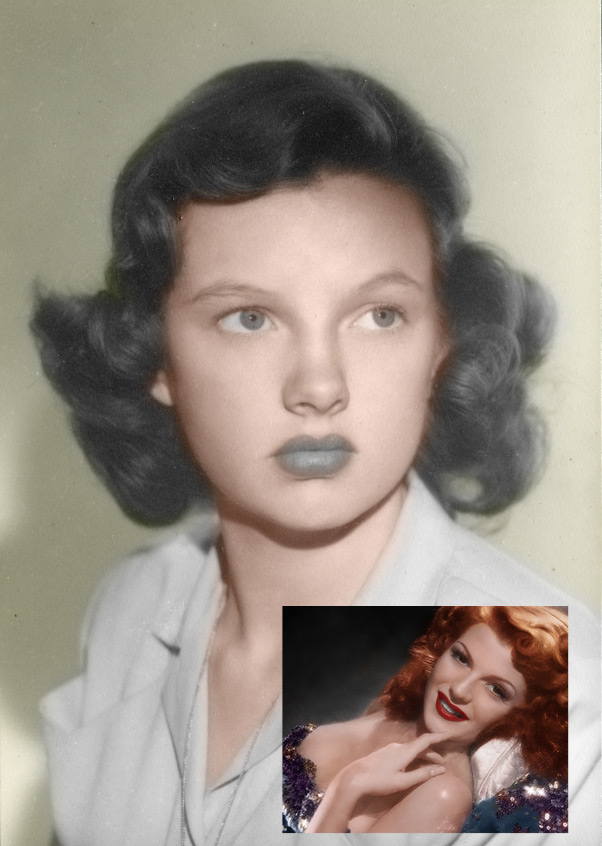 Now I’m going to add a few highlights to brighten the skin up a bit and add a little dimension. On a new, blank layer paint, with white as your foreground color, the areas that naturally reflect more light, such as the bridge of the nose, the tops of the cheek bones and the lower lip. 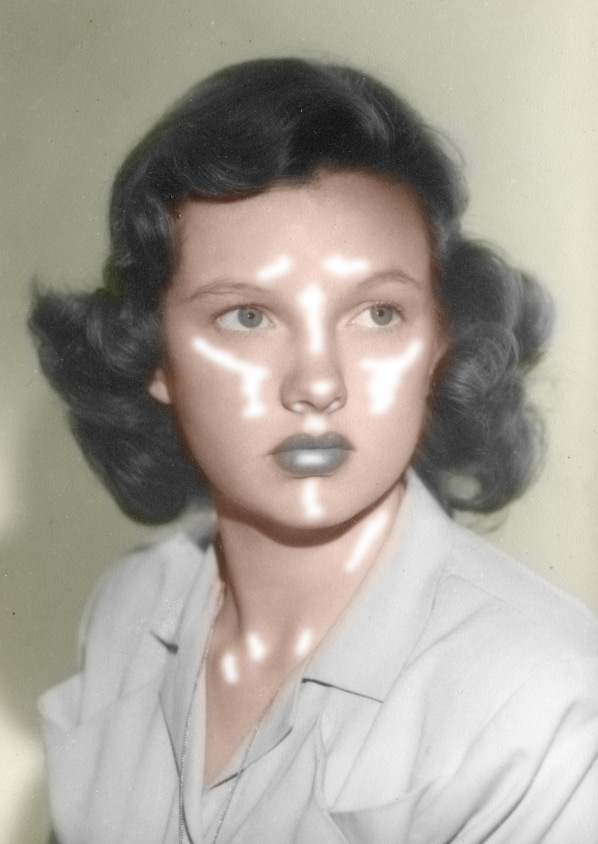 Go to Filter > Blur > Gaussian Blur and soften the edges of the highlights. Now change the Layer Blend Mode to Soft Light and lower the Opacity anywhere between 30 and 50%, until it’s blended enough to look like a nice glow. I kept it at 40%. Though the skin tone may look a bit on the pink side right now, wait until you have the other elements colored to make final adjustments. 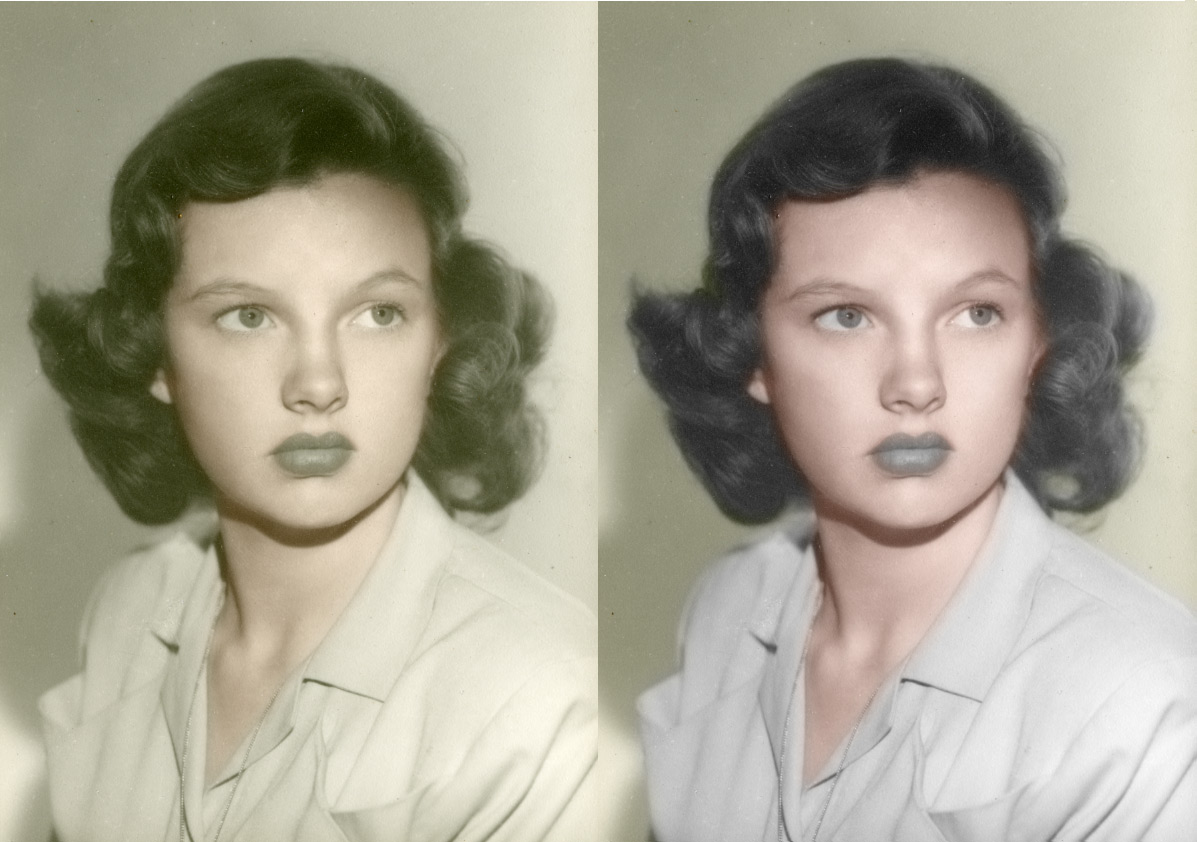 Next time we’ll color the hair and lips and see if our skin tone needs more work!