Sometimes repairing an eye can be flipping hard!

Begin by duplicating the layer, Ctrl + J (on a PC) or Cmd + J (on a Mac). For those who may not know, this is a good practice for digital restoration so you can compare the before image to your after work.

I used to run around like a chicken with my head cut off looking for images with obliterated eyes to practice flipping off…I mean flipping eyes, but then it hit me, duh! The eyes don’t have to be destroyed to practice, ditz! In fact, when practicing, especially when just starting down the flipping road, having both eyes intact can be very helpful! The sample photo, one in my personal collection, is available for download to follow along. Naturally, it’s for your personal, educational use only, and not to be used for any other reason, except if you’d like to send it along to show us just how awesome you’re getting at this! 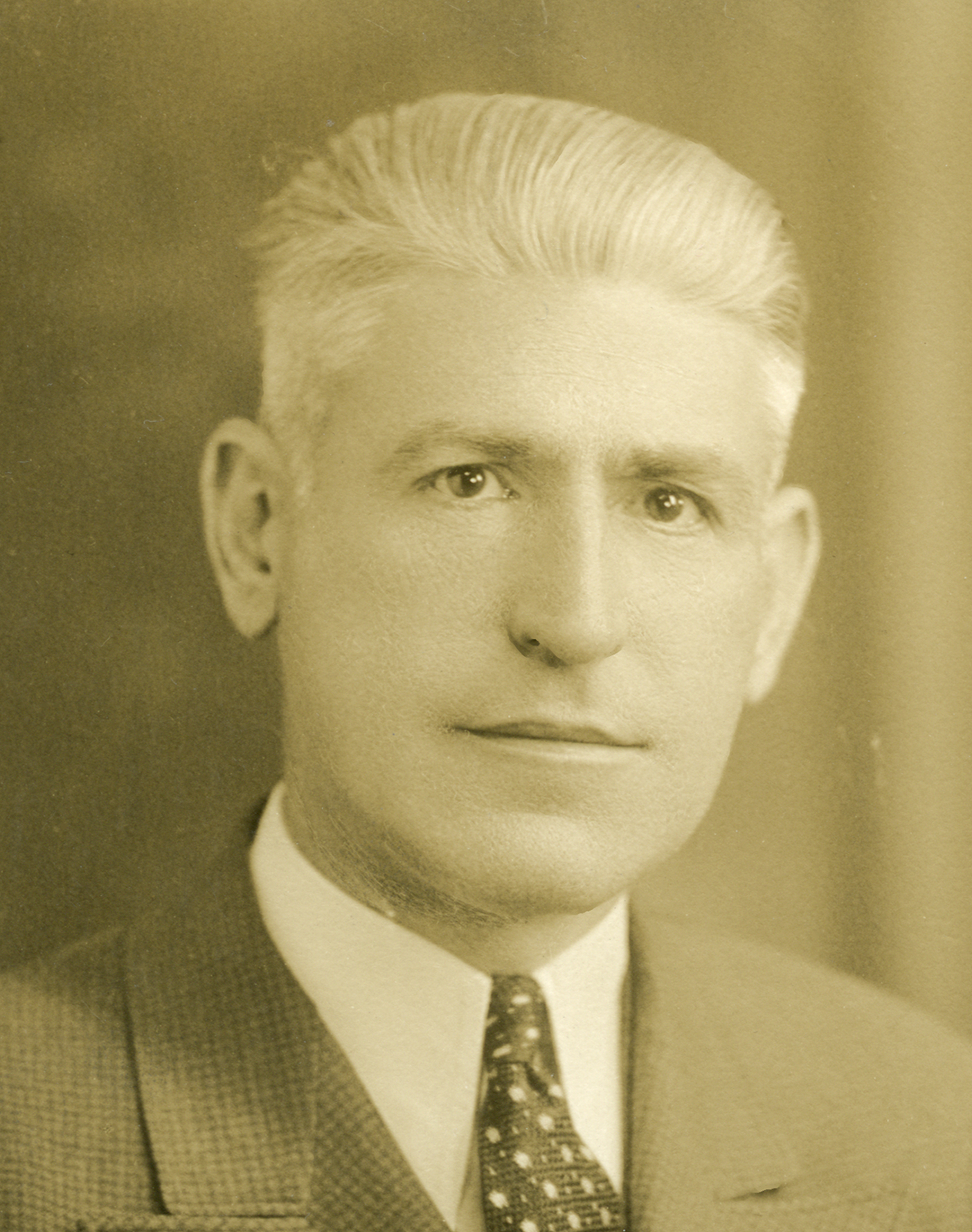 This procedure was covered very well in a video by our own TipSquirrel. If the process confuses you at all or you’re new to flipping from the Clone Source panel, I highly recommend watching it.

This is a wonderful way to flip and clone, especially, like everything else, when you’ve used it enough to be comfortable with all the settings and such. If you clone the entire eye, it’s the same as the cut and flip, which we’ll go over in a moment, except you’re “painting” it in instead of selecting and cutting; personal preference, really, but the same result. If you’re cloning in a portion of the eye, as Tipsy has in the video, it works best when you have the subject of the image looking fairly straight into the camera and there’s not a lot of discrepancy between the eyes, such as those pesky saggy eyelids or something.

This is my personal favorite no no other reason than I’ve gotten it into my head that it just takes less time to select an area, Ctrl (or Cmd, if you’re so inclined) +J, Edit > Transform > Flip Horizontal, Move Tool, Arrow key…probably just because I’ve been doing it forever. As for the how of it, I pretty much just said it all, but here’s a quick do-over: 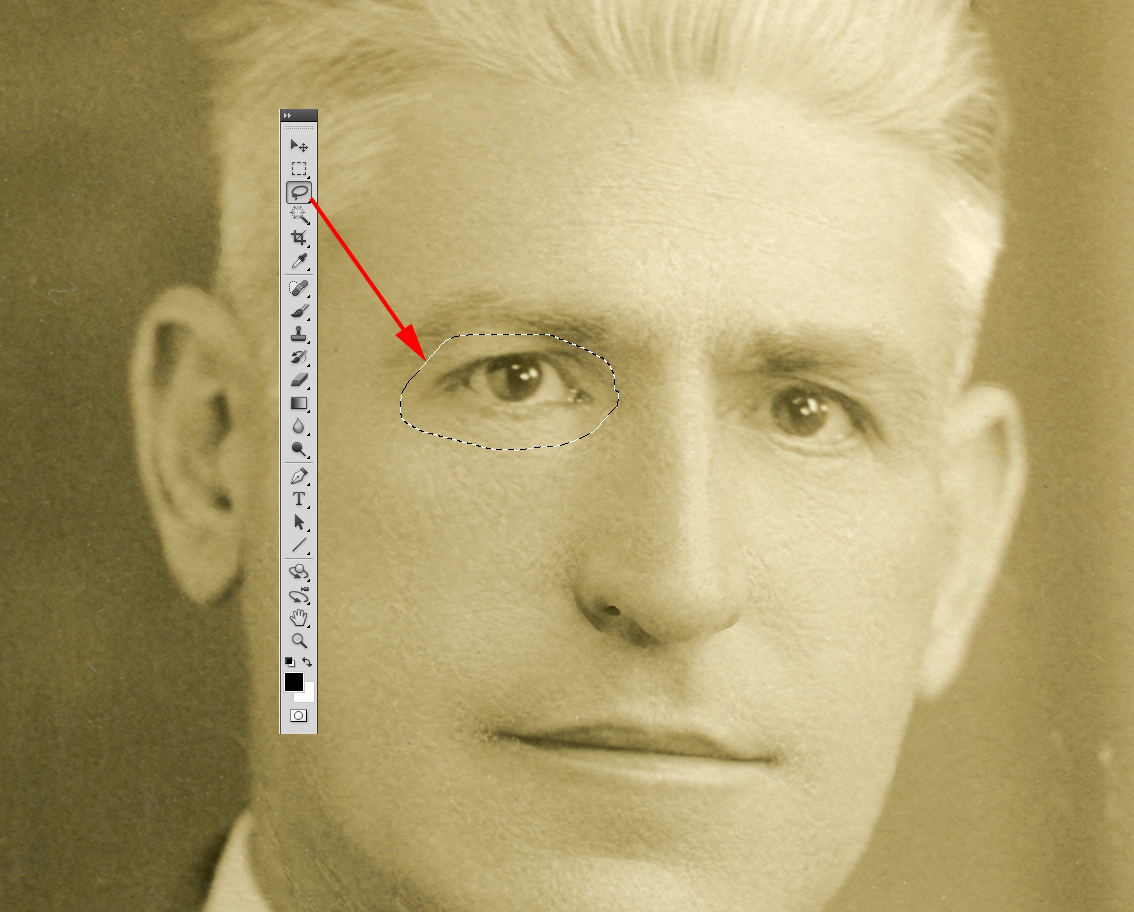 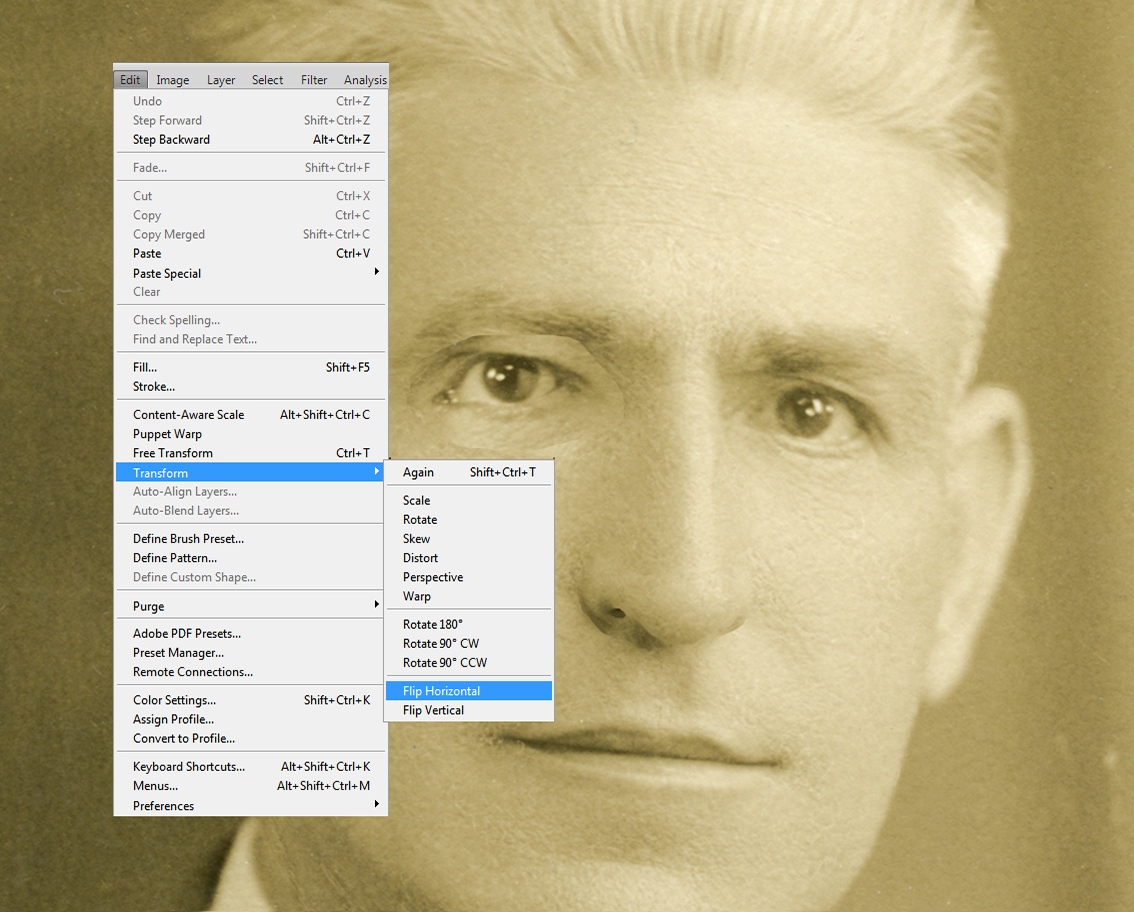 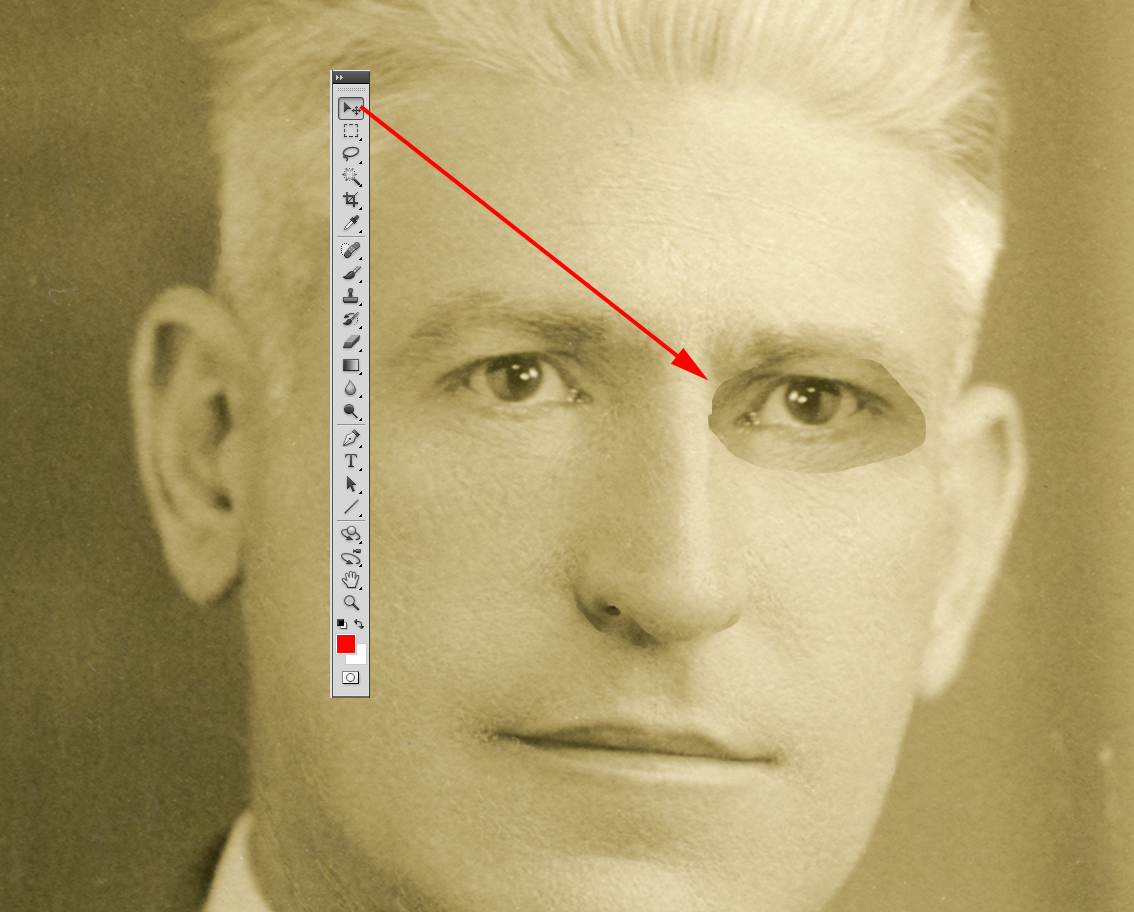 …and all’s done but the tweaking. Speaking of tweaking…

I’ve seen tutorials (many, many tutorials…) that sort of lead you to believe that once you flip and move you’re done. Sure, you could, but only if you want little children to laugh and point at your work. The flip needs to be adjusted, tweaked if you will, to make it look normal. First, a little trick to help your tweaking.

This is where having two good eyes, or at least most of an eye, to practice on comes in handy. On a new, blank layer, mark around the eye you’re replacing. This can either be a line all around, dots, or a series of lines marking the edges, that’s up to you. 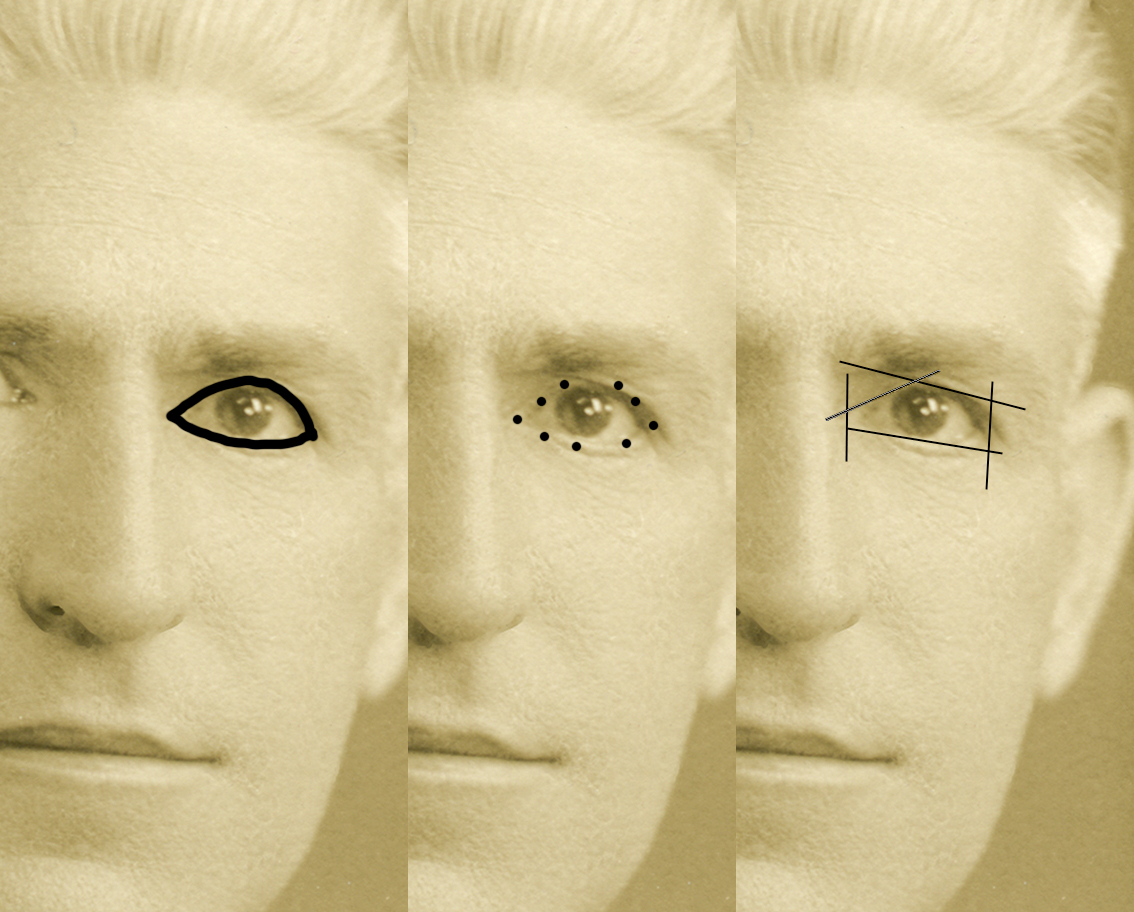 Move that layer to the top, over the flipped eye layer. Move your eye flip over and Edit > Free Transform. Now move and rotate the flipped eye to match with the marked up layer. 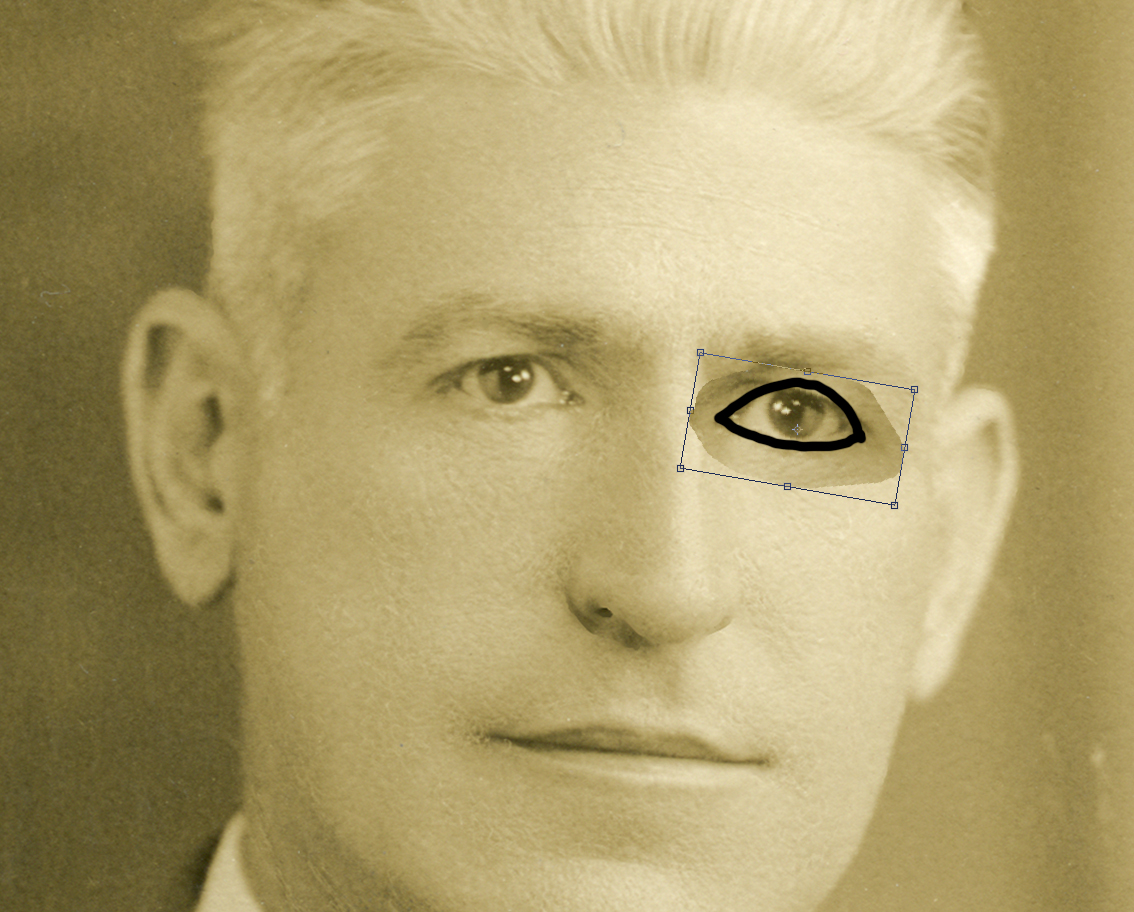 You can also, of course, right click over the transform area and select Warp if you need to do a little more transformation to make the flipped eye fit just right. After you’ve adjusted to your heart’s content, either turn the marked up layer’s visibility off, or delete it.

You may need to adjust the lightness or darkness of the flipped eye. Go to Image > Adjustments > Levels and move the sliders to get the “new” eye as close in tone to the one you’re replacing as possible. 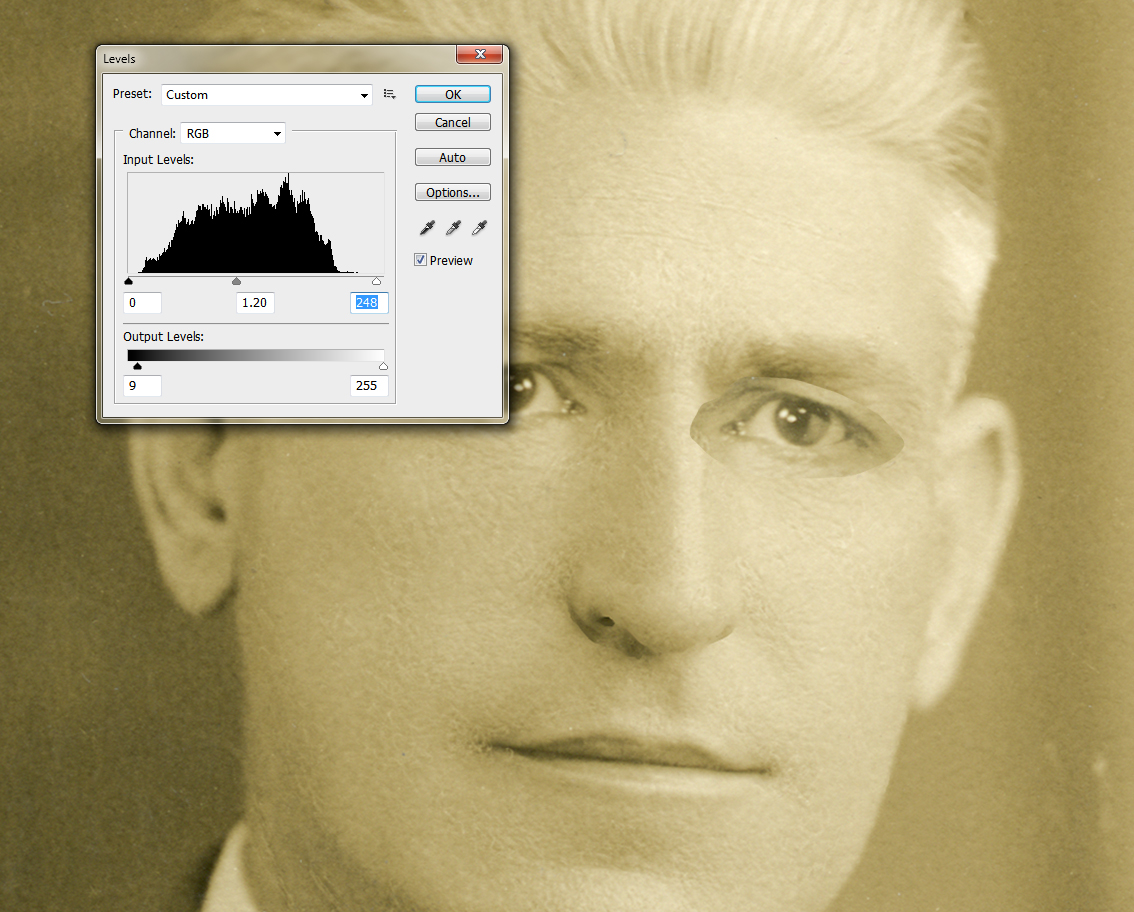 Now you just need to add a layer mask to the flipped eye layer, or use the eraser tool at around 20% Opacity to blend the new eye in. 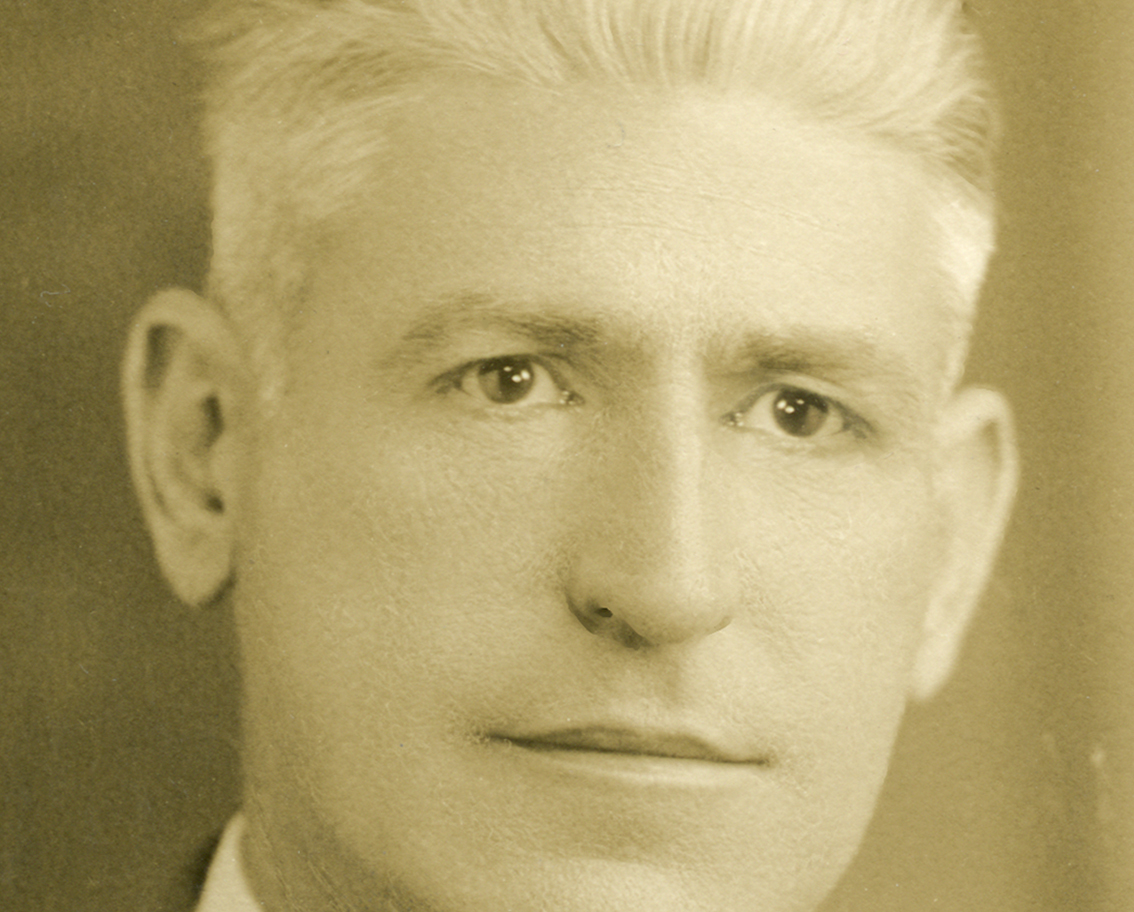 Ok, now it’s all selected, or cloned, flipped, moved and blended, but something’s still not right…

What’s wrong with this picture? 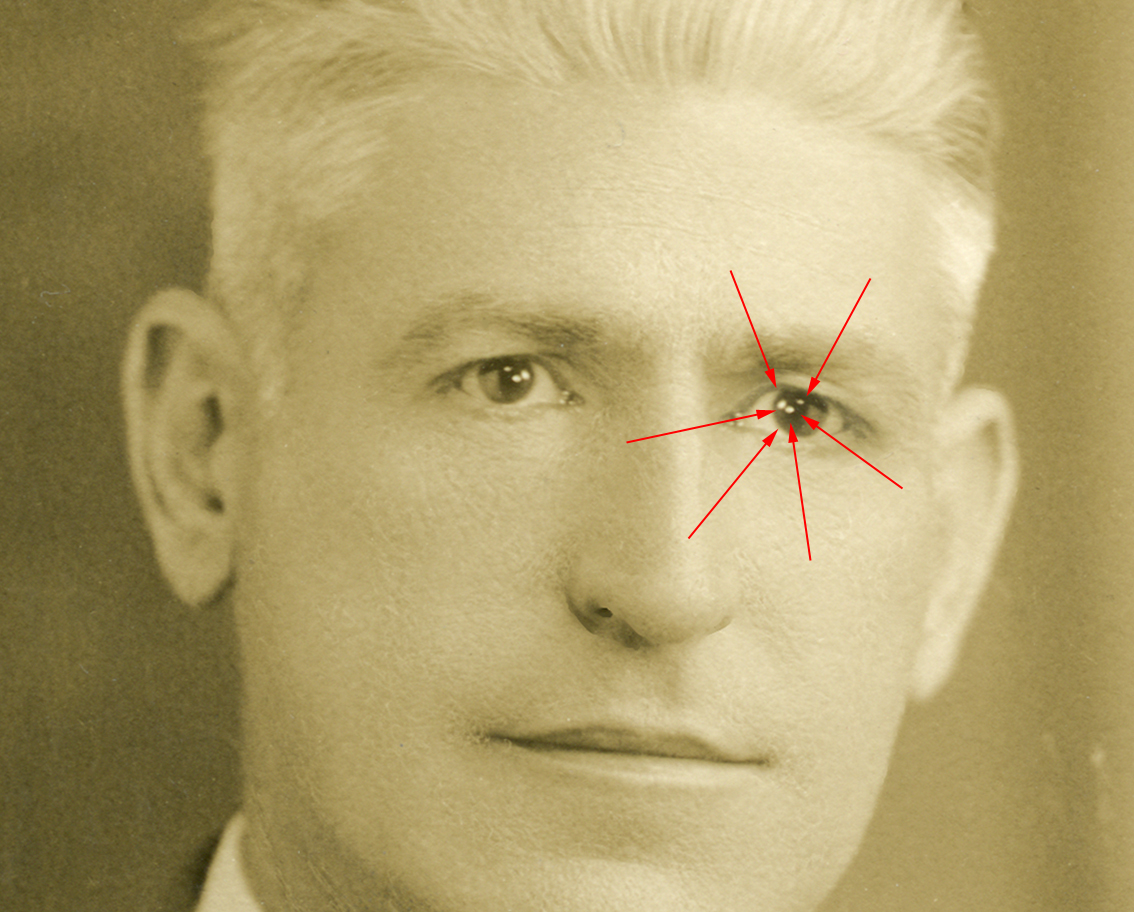 When we flipped the eye, the eye lights also got flipped, and now they’re in the wrong place. This is a perfect opportunity for a spot fix! Just like an image that only has, for instance, a rip or a scratch going through the middle of the eye, it would be silly to fix the whole eye!

More:  Step Into Your Image with Photoshop and After Effects

You can spot fix either by…cut and flip… 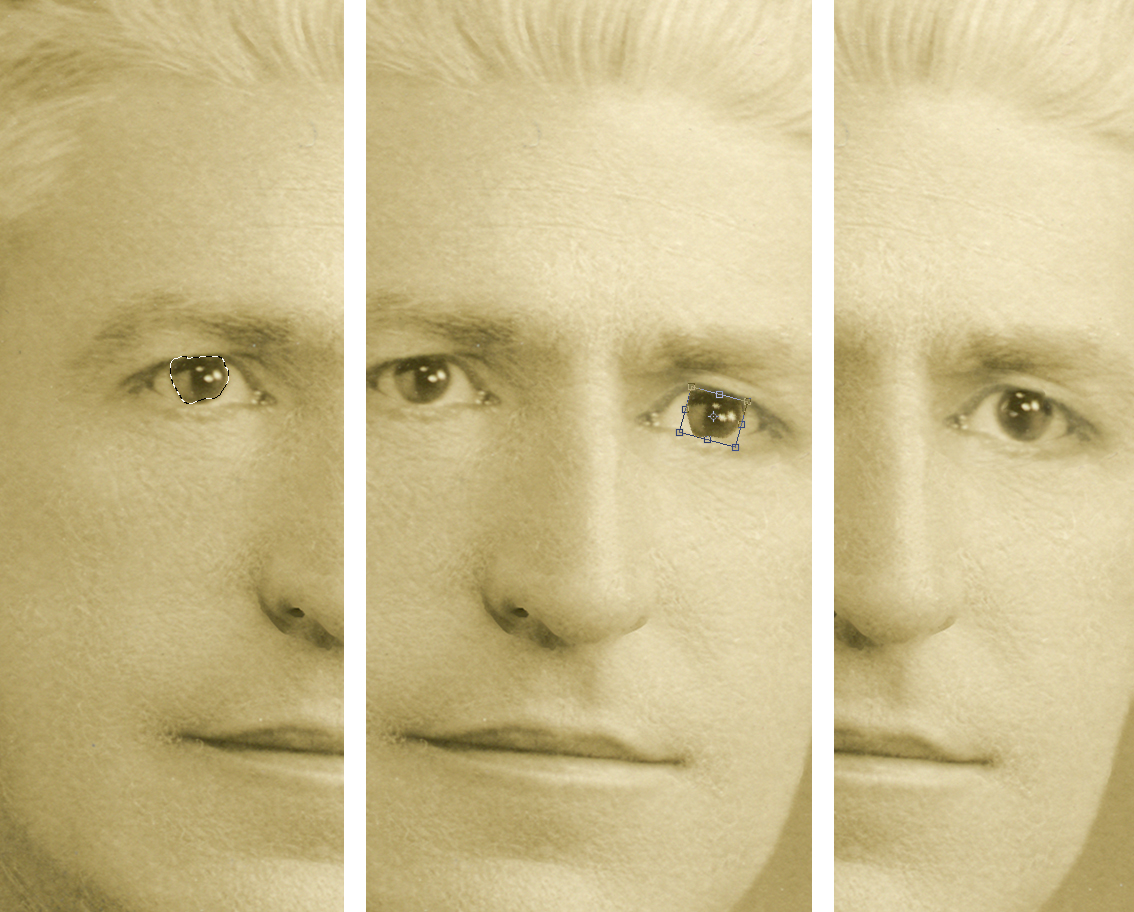 Or by cloning (and not flipping) that one area (in this case, the pupil of the eye) on to a new, blank layer. 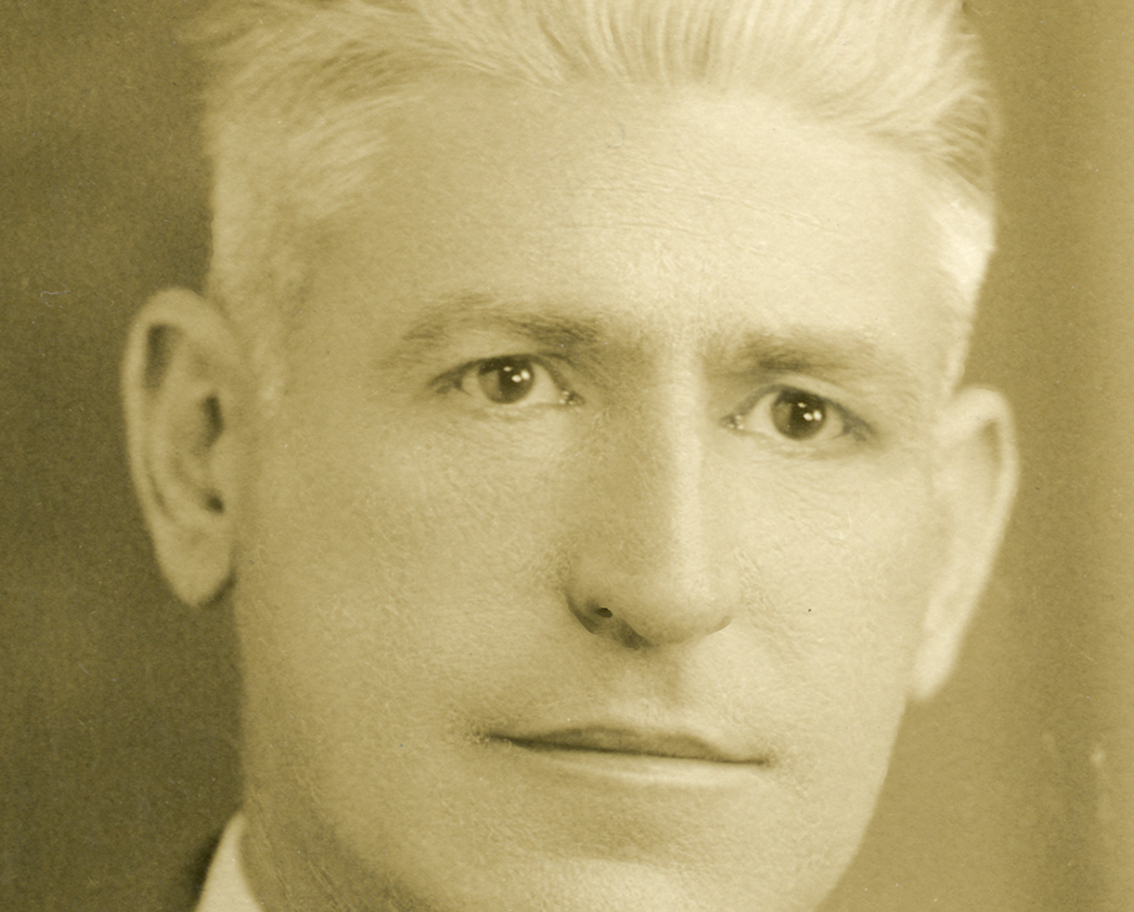 Practice these flipping ways and try combinations to make everything work right, and pretty soon, you’ll be flipping wonderful!

2 Comments on All Kinds of Flips