Today’s tip is a simple but powerful trick to create a more powerful mood within your photos, using Photoshop with just some adjustment layer and masking techniques. I first saw Eddie Tapp use a similar technique years ago in a Canon workshop, and it’s been a tool I’ve kept at the ready ever since.

We’ll start with this image of a cowboy, which comes to us from Stock.Xchng, the leading free stock photo site. Create a free account, and you can download this image and work along: 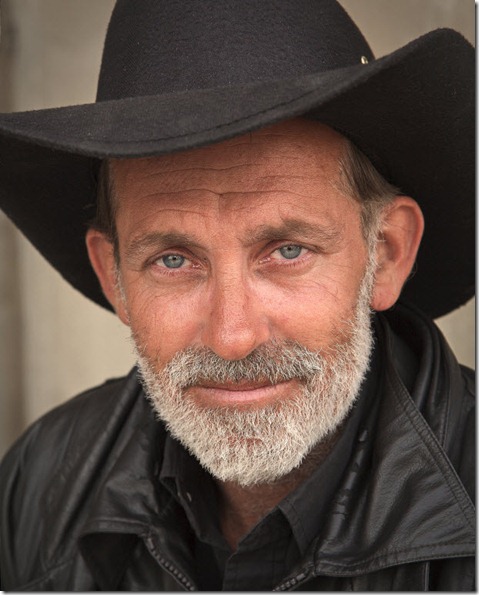 Now, whenever I see an image like this, I want to give it a little more contrast and grit to bring out the frontier mood. Here’s the same image with some extra tonal contrast, and bit of rustic background added in. Trouble is, this image just doesn’t pop off the page, it lacks some mood! 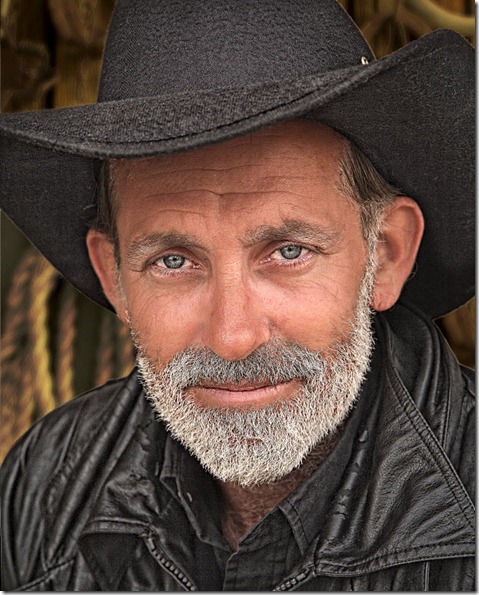 If we were to photograph this cowboy in the studio, we might change up the lighting a little bit to create the mood that this image so desperately needs. But, this is the image we have, so it’s up to us to use a little Photoshop magic to create some lighting of our own.

We’ll start by adding a curves adjustment layer (Layer > New Adjustment Layer > Curves…) and simply click a point in the curve and pull it down to darken the image. 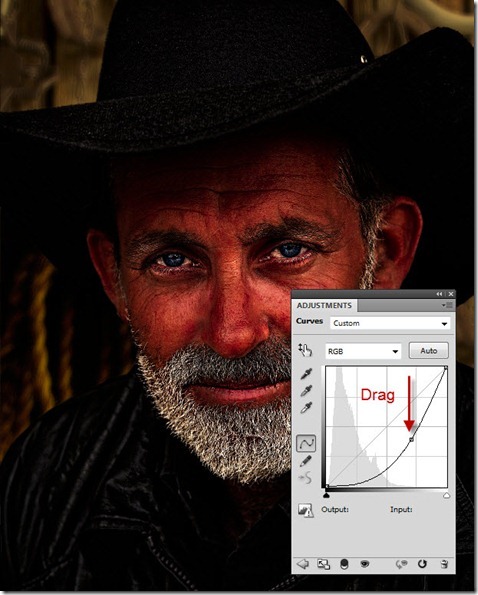 Oh, that’s moody all right – but we’re looking for “home on the range,” not “nightmare on the range.” Bear with me, we’ll improve this right away. Let’s start by changing the blend mode of the curves layer to Luminosity: 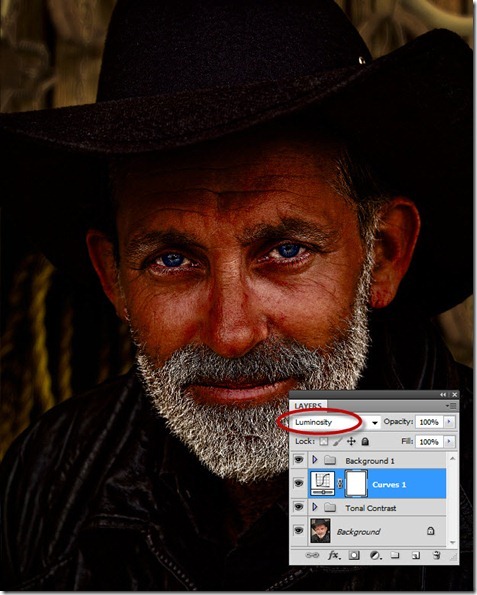 Now we’ve taken the cowboy’s skin from nuclear red back to a more normal dark tan. When we add some light back in to this image, it will look much better.

Our plan to introduce mood lighting into the image will be to paint on the layer mask of the curves layer. We’ll want to imagine a soft spotlight washing over the cowboy from the upper right of the image, angling more or less front to back. If we paint in black on the layer mask, we hide the curves adjustment and allow the fully lit image to show through. By layering brush strokes and painting in low opacity, we can “paint with light” to provide a more interesting illumination to our scene. 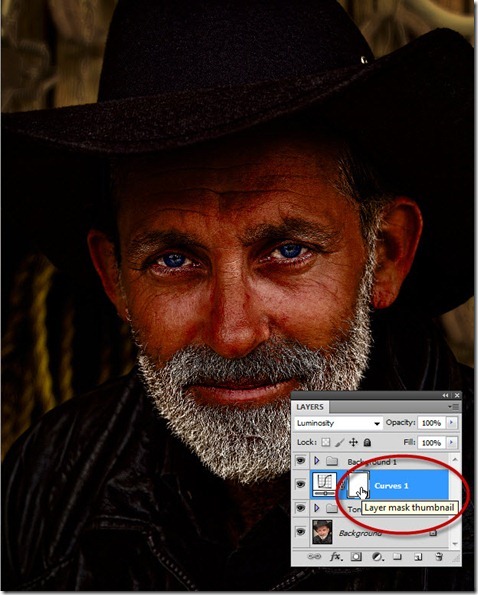 Now, press the “D” key to set the colors to default.

Next, press “X” to toggle so that black is the foreground color.

Press “B” for the Brush tool, and choose a soft round brush.

We’re ready to paint. Imagine the beams of light coming from the upper right, and with a large brush size, paint some initial beams of light across the cowboy’s face: 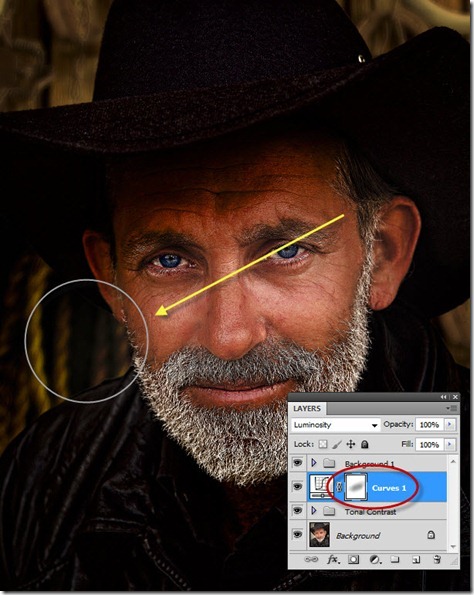 Each pass of the brush adds density – so 20% black on the first pass, 40% on the second pass, and so on, building up light as you’d like it. You can change the opacity to a lower amount to build up slower, and if you’re using a pressure sensitive tablet, you have even more control.

More:  Add a Subtle Punch to Eyes in Photoshop

If you make a mistake, or go too far, press “X” to toggle back to white and paint over the mask to reduce the density of black.  Don’t forget to paint a little on his hat and the brim of the hat, too, as well as perhaps his jacket to reveal some of that rich texture. Here’s the mask with the light revealed – we’re not done yet: 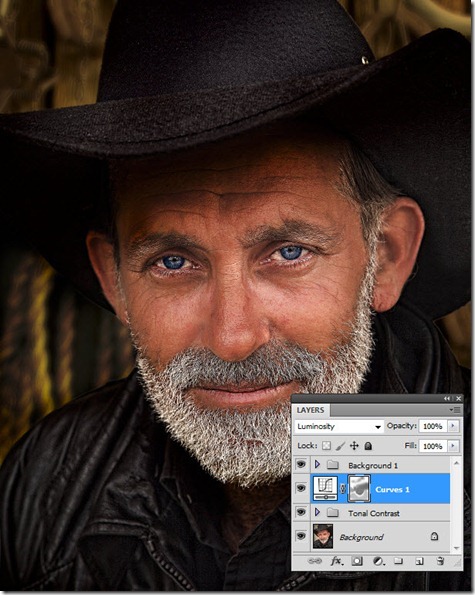 Now, the thing about light is that it casts shadows. The original image doesn’t have much in the way of shadows on the cowboy, but we’re going to add them back in. Since the light is coming from upper right, the shadows should be on the left (our left) – the left side of his nose, and the left side of his head.

Change the brush back to white color (press “X” if necessary), resize the brush as appropriate and paint several strokes over the side of the nose and head: 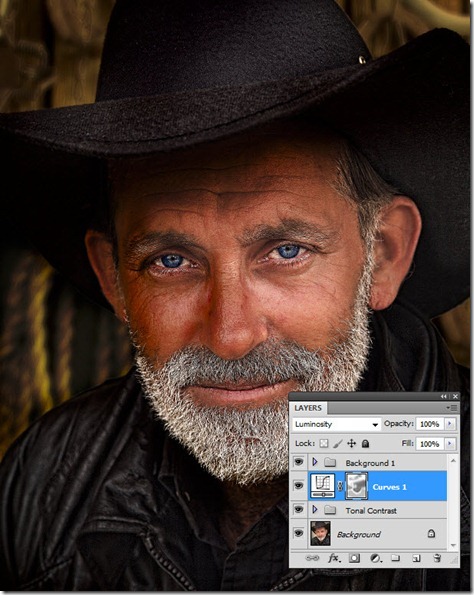 We’ve managed to give our cowboy some classical Rembrandt lighting, all with a simple curves adjustment layer and a layer mask! Here is the mask itself (you can alt-click the mask thumbnail to display the mask, click the curves thumbnail to return to normal view): 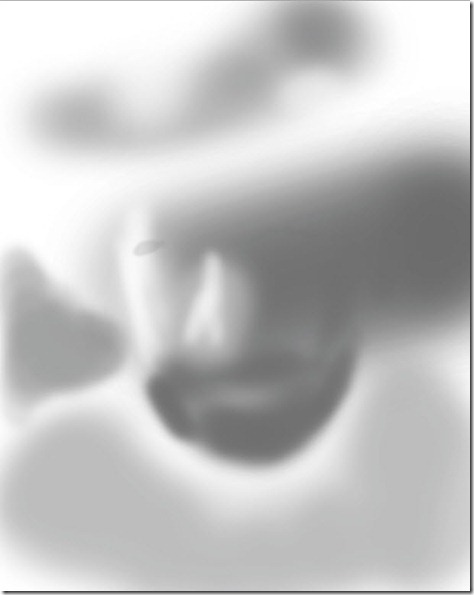 Sometimes the most powerful techniques are the simplest ones, and the power is in the way the tool is applied. We’ll end with a before and after, showing our now well-lit cowboy – drama added with the power of curves and masks in Photoshop: 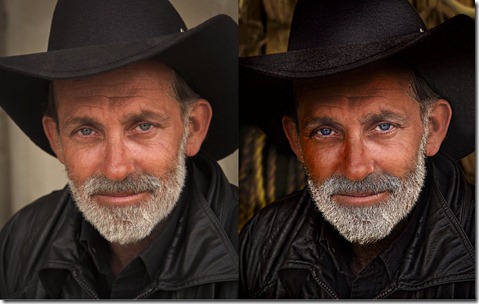