There is one particular daguerreotype that has always fascinated me. It was taken by Louis Daguerre himself, and is the very first photograph known to show a human being! This photo was taken in 1838. 1838!! That’s 173 years old!! Think about how amazing that is: a photograph taken a mere fifty-five years after the American Revolution and less than forty years after the French Revolution, twenty-three years after the Battle of Waterloo and twenty-three years before the start of the American Civil War; like I said, amazing. 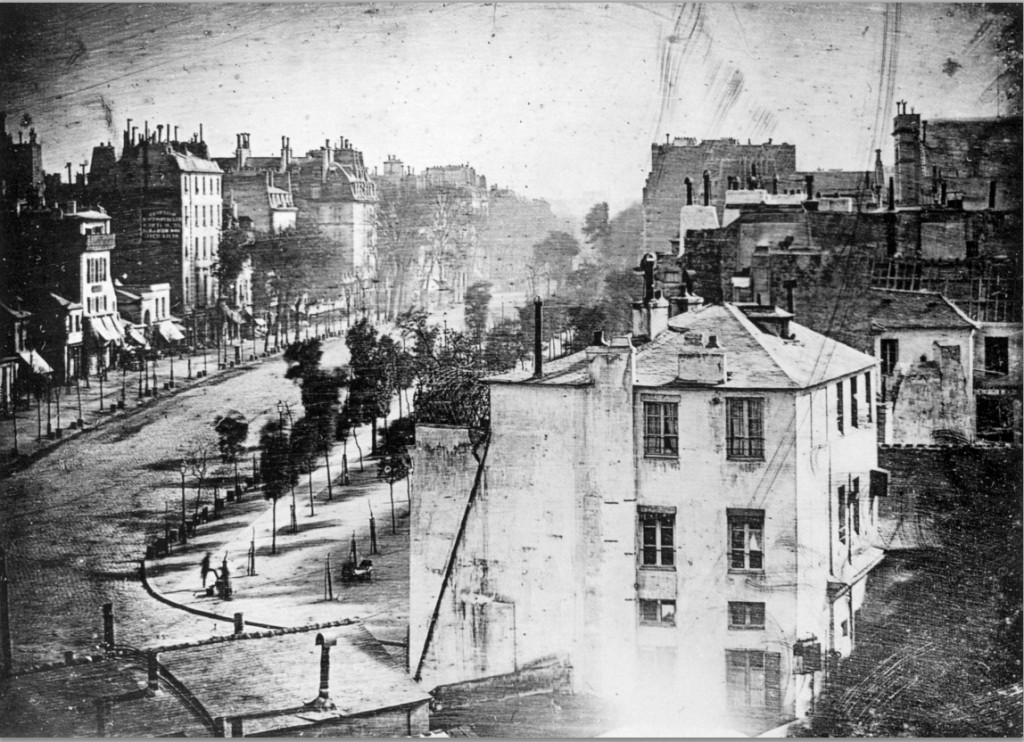